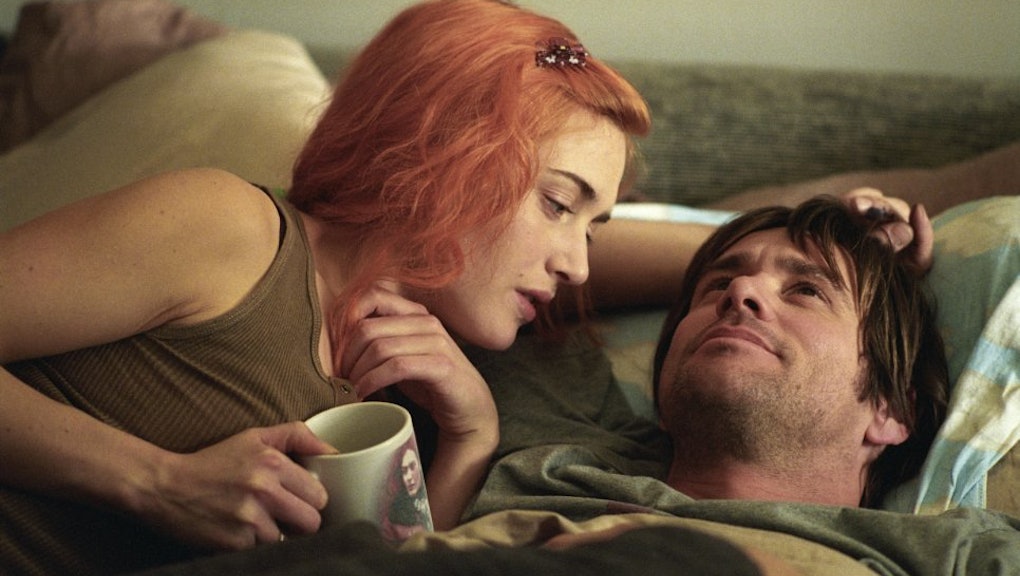 The film was well-regarded — it even won the Oscar for Best Original Screenplay — but its soundtrack's influence has perhaps mattered more to music than the movie mattered to film. Composed by the enigmatic and prolific Jon Brion, the score's aching longing has inspired a shocking number of the best musicians and artists across genres. Numerous indie artists, such as indie darlings Memoryhouse and XXYYXX and emerging pop star Yuna, have sampled from the film to serve as starting points for their own dreamy songs.

It's strange enough that a Malaysian pop star would sample the soundtrack nearly 10 years after its release as she crosses over to American audiences. But it commonly pops up in the strangest places. Places like a genre defining rap album.

When Kanye West was watching Eternal Sunshine, he was captivated by the score. Kanye got in touch with Brion, who had never done any rap work, through Rick Rubin, mutual friend and future Yeezus producer, and they met. After an afternoon together, they had finished "Gold Digger," one of West's most popular songs to date. Brion then delivered "Gone" and "Celebration." On the latter song, West laughs "Looking for some hos!" which is a pretty good summary of the movie, if you think about it.

"His attitude was, 'See if you can make me like this,'" Brion told MTV. He succeeded, and a year later Late Registration hit No. 1 on the Billboard charts, later winning the Grammy for Best Rap Album. Since, it has gone triple platinum. All thanks to the haunting sounds of a sad, cerebral indie film.

That was the first of two key moments in rap history to be shaped by the soundtrack. Its biggest moment came in 2007, when Jay Electronica, a hip-hop genius who has become a legend without ever releasing an album, released his sole EP. It was called Act I: The Eternal Sunshine (The Pledge), and its 15 minutes of beats were sampled entirely from Brion's score.

"There's a scene [in Eternal Sunshine] when Jim Carrey's character has just met [Kate Winslet's] Clementine, and she's invited him up for drinks," Jay Electronica explained to Urb. "It was the first time you saw him excited, and you could tell it was going to be a pivotal point in his life. But the music you heard — do-do-do-do-do-do-do — didn't make you feel so good. It created such a good contrast. I just wanted to do something that felt like that."

Eternal Sunshine is a movie about unexpected influence — about how the people in our lives are inescapably parts of who we are, for the better even when we think it's for the worse. The score has had the same kind of effect across music: it, unexpectedly, has become a persistent part of our modern musical DNA. Brion's pieces hold such emotional weight because he composes around story; he considers himself to be one of the most collaborative film scorers in the business. He doesn't hole up in a studio and impatiently wait for feedback from his directors — he composes on set and in the drafting room while the film evolves before his eyes.

There's an immediacy, then, about the music. That's how the composer learned to play, and it's why his instrumental pieces have captivated so many musicians.

"I guess people who are well-studied classical musicians have to take these ear-training courses, but just like piano or drum lessons as a kid, I had no patience for that," Brion told LAist. "I started playing along with the TV while I was watching it … Commercials would come up and I'd try to play along with them as they were happening, and I'd get to this point of, 'Oh, I missed that by three notes!' But within a few weeks, I was playing along with these dumb jingles, because we all know them ... we actually do know all the words, melodies and chord changes. It's a shared piece of information."