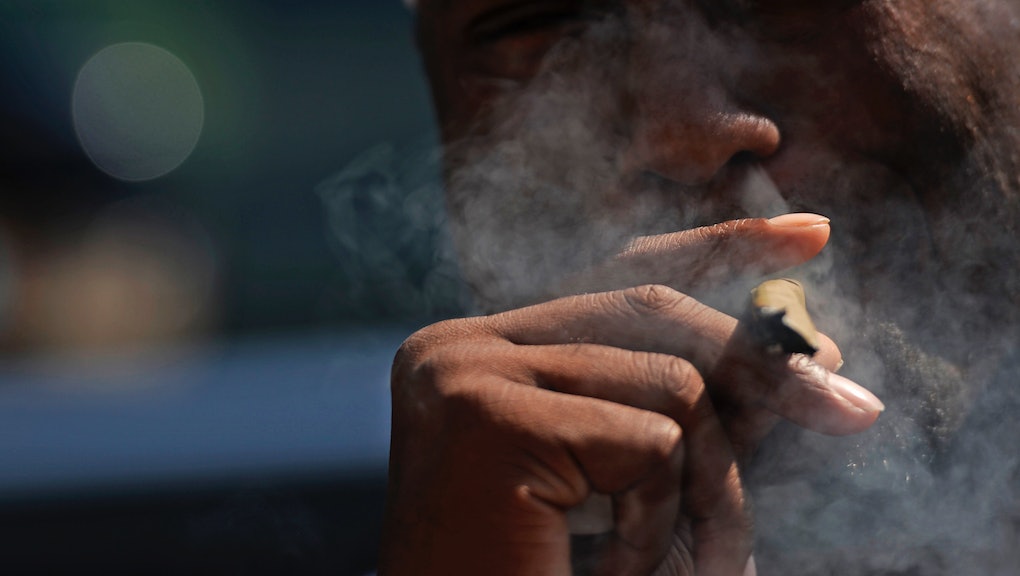 These Are the 9 Biggest Enemies of Weed Legalization

The trend in state-level cannabis legalization is spreading with increasing momentum. Proponents of medical and recreational pot are rejoicing, but not everyone is happy about this shift. A number of government representatives, lawmakers and policy influencers are working to reverse the progress of marijuana legalization across the U.S. Some have moral objections, some have a business interest in prohibition and others remain unconvinced by medical marijuana research. Regardless of their motivations, these folks want weed to remain illegal, and are doing whatever they can to prevent access to it.

These are the biggest opponents of weed legalization today.

It figures that the head of the Drug Enforcement Agency has zero tolerance for drugs, but as science sheds new light on cannabis, DEA director Michele Leonhart has developed zero tolerance for facts as well. Despite working for the Obama administration, she has vocalized direct opposition to the White House's approach to federal drug enforcement.

Leonhart is undeterred by the widespread acknowledgement that the drug war is a failure, and continues to expand her agency's efforts. When asked about the rampant drug war-related deaths of children under 18, Leonhart stated, "It may seem contradictory, but the unfortunate level of violence is a sign of success in the fight against drugs."

As a top drug adviser to both the Bush and Obama administrations, Kevin Sabet was an integral part of the escalating enforcement of cannabis penalties on a federal level. Since his advising days, Sabet has joined up with Patrick Kennedy to found Smart Approaches to Marijuana (Project SAM), where he masterminds their anti-legalization messaging. Sabet also spearheaded SAM's Super Bowl billboards, demonstrating a mastery of clip-art. His prohibitionist fervor for SAM leads the nation's most visible anti-legalization movement, with affiliates in 22 states and more than 25,000 media mentions upon the project's relaunch in early 2014.

A lot of lawmakers sound clueless when they talk about marijuana, whether they support it or not, fumbling with jargon and trying to understand "the vaporizers." But few derive their facts further from reality than Sen. Jeff Sessions (R-Ala.). He firmly demonstrated the flimsiness of his argument in early 2014 when he told the Senate Judiciary Committee during anti-cannabis testimony, "Lady Gaga says she's addicted to it and it is not harmless." He'll do anything to battle legalization, and even asked the DEA to defy federal guidelines on federal enforcement in medical marijuana states. During Leonhart's confirmation hearings in 2012, she affirmed Sessions' assertion that legalization can't succeed and agreed to continue War on Drugs policy even if it interferes with state-level legalization.

Who better to make health policy decisions for all of America than a former cocaine and Oxycontin addict who crashed his car into Capitol Hill, inebriated, while serving as a member of the House of Representatives? Today Patrick Kennedy is an outspoken opponent of marijuana legalization, though while in Congress, Kennedy vocally supported medical marijuana.

When he was forced to resign from office for misconduct, Kennedy cleaned up and started Project SAM, which claims that the black market for cannabis is less of a threat than the potential of big, powerful marijuana businesses. SAM is among the most outspoken anti-pot group facing down legalization efforts. In early 2014, they placed a billboard outside Giants Stadium during the Super Bowl asserting that pot kills the motivation to be great at football. What a low blow.

This political couple funded a campaign against Colorado's recreational legalization initiative and is currently fighting a similar battle in Florida, a likely candidate for approving medical marijuana. Mel Sembler has been morally against weed since he allegedly discovered that "[President] Carter was doing all this pot-smoking and stuff in the White House," which led Sembler to switch from the Democratic party to the GOP.

However, there's a more practical reason for his historic opposition. For decades, the Semblers ran a notorious rehab center called STRAIGHT, Inc., which was shut down after several lawsuits confirmed instances of beatings, psychological abuse and rape. The Semblers battled decriminalization and legalization while simultaneously profiting from the casualties of prohibition. They continued their efforts when legalization became a possibility in Colorado, donating more than $150,000 to the anti-legalization group Smart Colorado to prevent support of the 2012 ballot initiative, which was approved despite the Semblers' efforts. Preempting medical marijuana in Florida this year, Sembler donated $100,000 to establish Drug Free Florida, which campaigns against legalization.

As executive director of the Drug Free America Foundation and Save Our Society from Drugs, Calvina Fay leads organizations once led by the Semblers that employ scare tactics rooted in misinformation about drug use. Each group is involved in countering legalization efforts in states that appear on the brink of ending prohibition, counting the failure of a state to reform as a victory for the anti-drug movement.

From 2009 until March 2014, Kerlikowske was the head of the White House's drug policy division, perpetuating failed drug war policies under the guise of reform and setting back the legalization movement. He came in with a proclamation that the drug war was over and that the Obama administration would treat drugs as a public health issue rather than an enforcement issue. Despite the rhetoric, Kerlikowske continued with massive enforcement, and repeatedly stated his personal doubts about medical marijuana as a guideline for strategy. His report, "Drug policies must be rooted in science," ignores all medical marijuana studies and focuses on scant evidence that drug use is related to mental illness.

In 2014, Obama appointed Kerlikowske to head up U.S. Customs and Border Protection amid speculation that Kerlikowske's approach proved ineffective and that his zero-tolerance style would be better suited to controlling the flow of illegal drugsat the nation's borders. Even in his new position, he remains hard on Americans with the state-mandated right to possess medical marijuana. A U.S. attorney recently revealed that Kerlikowske's troops are confiscating medical marijuana from registered patients.

As an influential author, journalist and voice in media, Frum has propagated the tenets of the anti-legalization movement through major outlets. His writings for the Daily Beast, CNN, Newsweek and many other mainstream publications insist that Americans need the decision of marijuana policy made for them. Through him this viewpoint reaches more readers than any other anti-pot advocate. David Frum regularly posts anti-pot rhetoric to his 100,000-plus Twitter followers, more than all of his Project SAM anti-pot cohort combined.