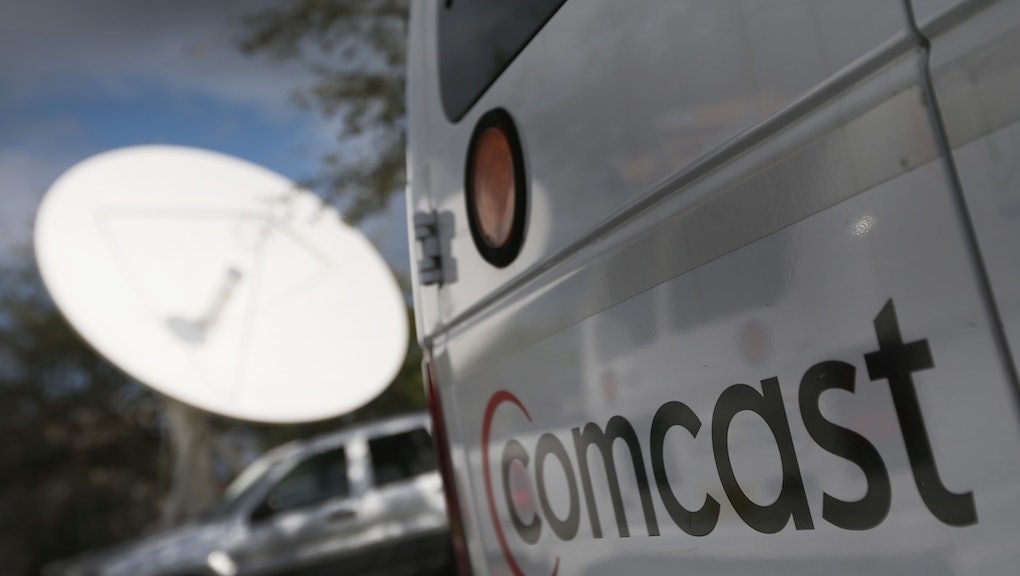 The news: "I'm just trying to figure out what it is about Comcast service that you don't want to keep?"

If you've ever tried to cancel your phone or Internet service, you've probably experienced the nightmare of never-ending wait-times and inane questions like this. It almost seems like something out of fiction, but Comcast has set a new standard for claw-your-eyes-out-terrible service.

AOL project manager and one-time Engadget editor Ryan Block recently tried to end his Comcast account to switch to another service. But Comcast just didn't want to let him end their relationship. A Comcast representative turned his simple request into a labyrinthine hell of Kafkaesque counterpoints and thinly veiled aggression that took nearly 20 minutes to resolve. Block was so frustrated that he began recording the call after about 10 minutes of argument: If you haven't heard it, do it now.

The former editor was only able to commence with a new Comcast-free life by straight-up refusing to talk to the rep any further until the disconnect was processed.

Block now has his revenge. Comcast went into full-on damage control mode, issuing a statement that the rep's "very unfortunate" conduct was "unacceptable." While this PR fiasco would be embarrassing under the best of circumstances, Comcast is pushing for federal approval of its planned merger with Time Warner Cable. For the cable company, obtaining that approval requires demonstrating (or at least convincing gullible congressmen) that service quality won't plummet with less competition. This is bad timing, to say the least.

But this is Comcast's fault, not the rep's. While Comcast might be trying hard to convince everyone that this is just the work of one bad apple, there's ample evidence that the company deliberately pushes call center workers to the edge of sanity as a matter of policy. Latest's Joshua Patton points out that, "Call centers thrive on their total lack of job security to motivate their employees to lose the company as little money as they can." The result is that you, the customer, are almost inevitably going to run up against unfair and coercive customer service practices.

The exception, of course, is when customers want to cancel their service. Then customer retention is the only priority; threatening to go to another provider is in some cases the only way to get Comcast's attention for service issues. But deliberately frustrating procedures like having customers wait in excruciating lines to return networking equipment aim to intimidate customers into staying.

Because competition is so low, manipulative treatment of customers is endemic throughout the telecom industry. AOL did the exact same thing with cancelling customers, which led to embarrassing viral story in 2006. DirecTV forced technicians to lie to customers in order to hook the box to their phone lines, encouraging them to order fee-based content, and docked the technicians' pay if they didn't meet quotas. Verizon makes it so difficult for customers to quit that people actually assemble guides for getting through their process quickly and without termination fees.

Why you should care: Comcast would like to pretend otherwise, but the call from hell that frustrated Block so much is probably pretty common. It's turned simple customer service operations into the equivalent of a cage match to turn a quick buck and both employees and customers are being happily thrown into the arena. Two men enter, Comcast leaves with your money.