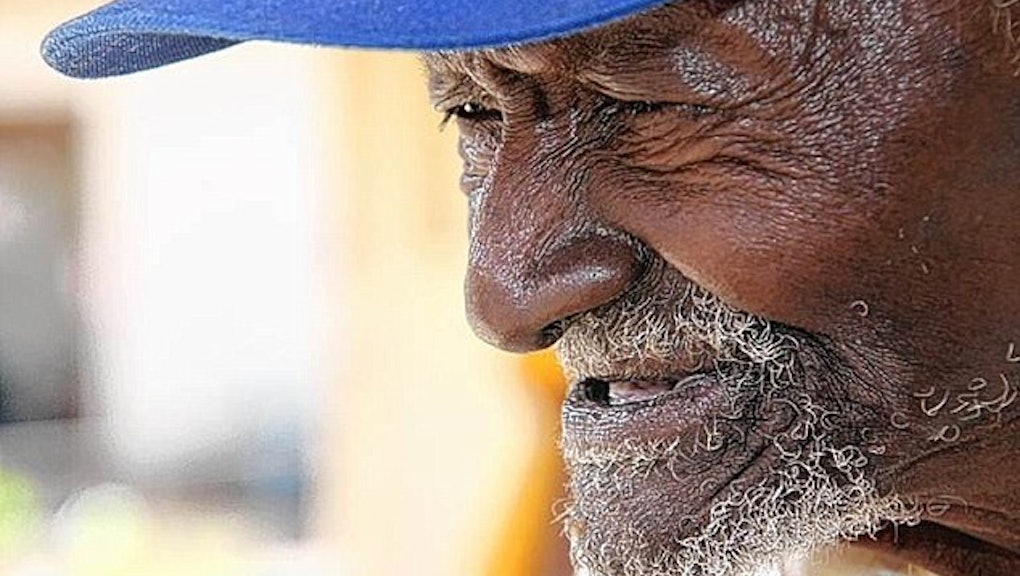 This Is the Oldest Living Person on the Planet

126 years old. That's how old Brazilian man Jose Aguinelo dos Santos is, according to a birth certificate showing he was born on July 7, 1888, around 23 years after the American Civil War ended and two months after slavery was outlawed in Brazil.

Dos Santos claims to have smoked a pack of cigarrettes a day for the last 50 years. What's more, dos Santos is still totally lucid, has healthy levels of cholesterol and maintains regular blood pressure. He also does not suffer from diabetes, which is common among the very elderly. According to his caretakers, he even sings.

His story: The man, who goes by the moniker Ze, was allegedly born in a slave compound in Pedra Branca in Brazil's northeastern state of Ceara. His family continued to live there after the slaves were granted their freedom and he later worked for a coffee plantation in Bauru, located in the state of São Paulo. Now, dos Santos lives in an old person's home there named Vila Vicentina.

Is he really that old? Interest in dos Santos has grown since the previous record-holder for longevity, 111-year-old New York man Alexander Imich, died on June 8. No one but a judge in 2001, who interviewed the man to confirm his claims, has certified his age. His nursing home is currently trying to verify independently that he was born in 1888 by carbon dating him, making him somewhat of a living fossil.

Still, take it with a grain of salt. Other South Americans have made similar claims. Bolivian man Carmelo Flores Laura claimed to be 123 in 2013, but was likely only 107 (pretty impressive nonetheless). Just five people have lived to 117. Throwing a little more doubt on dos Santos' claims is the fact that females usually live longer; French woman Jeanne Louise Calment lived through a stunning 122 years.

I'm not one of those fancy, high-falutin' doctors, but if dos Santos' incredible longevity is confirmed there are only two possibilities: Dos Santos is an indestructible superhuman, or he is Mr. Burns.