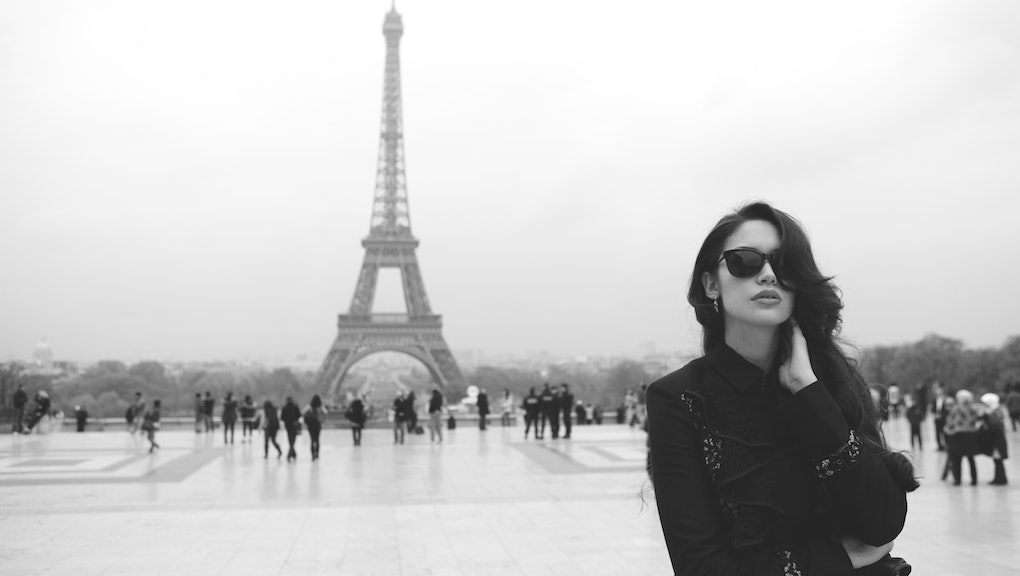 We like to think we know the French. More than any other European country, their national stereotype has been honed over years of bad accents in movies and Pepé Le Pew.

But America has shown it doesn't really get what makes the French tick. A few years ago, President Barack Obama said he hoped then-President Nicolas Sarkozy's baby daughter would have his wife's looks, completely misjudging Sarkozy's vanity. France was outraged. Sarkozy's wife is a model, but for the French, that's not the point.

The countries' foreign policies often clash on the international stage. During the "freedom fries" debacle in 2003, Republican lawmakers responded to France's condemnation of the Iraq War by trying to rename "french fries." The fantastically misjudged move led to the resignation of the then Republican Chairman of the Committee on House Administration, Bob Ney. It was evidence of the long-standing hostility between the two countries.

Fox News Bill O'Reilly even called for a boycott of French products in the U.S., saying the country encouraged world-wide terrorism.

This Francophile hostility has trickled down into stereotypes and confusion about who the French people actually are. We're here to set the record straight:

1. The French are lazy workers.

Yes, French workers do get a glorious amount of paid vacation — the highest among the 21 most developed nations at 30 days — and obviously much higher than the zero days of mandatory paid leave in the U.S.

But they are also incredibly productive when they are in the office. In 2009, France made more money per hour its residents worked than any other country.

France has realized — and this should be a surprise to no one who is a human being — that people are better employees when they are well rested and have lives outside of the office.

Unlike their American counterparts, French employees work less and have enough vacation time to summer in the south of France. C'est la vie.

2. Paris is a picture-perfect city.

Paris: fleeting images of fashion, accordion music, chance encounters under the Eiffel Tower, right? The city is the world's No. 1 tourist destination and the location for so many whimsical, pretty films that it's no wonder it's known as the City of Love. . Though Woody Allen's schmaltz fest deserves special derision.

Anyone who's lived in Paris, though, will tell you how these tourists clog up the small cobbled streets more effectively than any barricades. They will describe in vivid detail the heady odor of urine and baked goods that lingers in the air. The destitute people who live in subway stations in states of distress far beyond anything you will see in London and New York, or the regularity with which police aggressively harass Roma immigrants on the streets.

Image Credit: Getty Images. A woman begs on the famed Champs-Élysées, a long street lined with luxury shops in Paris.

Paris is an interesting and immersive place to live. But not for the reasons you think and not because the Eiffel Tower sparkles at night.

Garlic, right? That's what just came to mind. This stereotype seems especially unjust. In my experience, the urban French are pretty fastidious when it comes to personal hygiene, with great cologne and perfume collections.

The story goes that the smelly stereotype came from Paris' occupation by the Germans during the 1940s, when water was scarce and dehydration a greater cause for alarm than BO. The French still don't wash as much as Americans, but the British are still smellier.

4. The French are snobby eaters.

It is hard to argue that French food isn't really good. Its cuisine has been awarded World Heritage status by UNESCO, just in case that croissant didn't convince you.

But French dining is not immune to the global impact of McDonald's and its fast-food friends. Last year, sandwiches and other speedy bites made more revenue in France than traditional bistros for the first time ever. New French law states a little fait maison symbol will be on menus next to dishes made from scratch in an attempt to preserve quality French cuisine.

America, I feel this is probably your fault.

5. The French only drink wine, and they drink it with class.

French drinking habits are changing. Last year, le binge drinking started being discussed as a problem among young people in France. The habit of drinking a lot in a short time (not necessarily in a park underage) was, of course, learned from the English.

Now it even has its own French name, la beuverie express, as hospitalizations for alcohol abuse in France have risen 30 percent in the last three years especially among the young.

But these kids aren't drinking wine, it's liquor getting them hospitalized. In fact, for the first time, the U.S. drank more wine than France last year.

This may be the most damaging stereotype of all. I lived in Paris for two years and near-daily harassment in public spaces — cat calls, gropes, following — were normal for my female friends and me, especially if we happened to be blonde or obviously a foreigner.

A study found that 1 in 4 French women are afraid to be on the streets due to harassment. My male French friends say they're ashamed of and angry at their countrymen, but they don't know what to do, either.

Debunking the myth that all French men's advances are charming and romantic may be a start.

Ah, stinky, steaming French cheese. Yes, there is a lot of it, and yes it is quite pungent.

But the French aren't the cheese monarchs of Europe. The Greek eat more cheese than the French — 52.7 pounds of cheese per capita in 2009 — well behind Greece's magnificent 68.3 pounds. They don't even produce as much cheese as Germany. I know, lies upon lies.

What is undoubtedly true is that the French are right to serve the cheese plate after the main course and before the dessert. Anything else is just heathen.