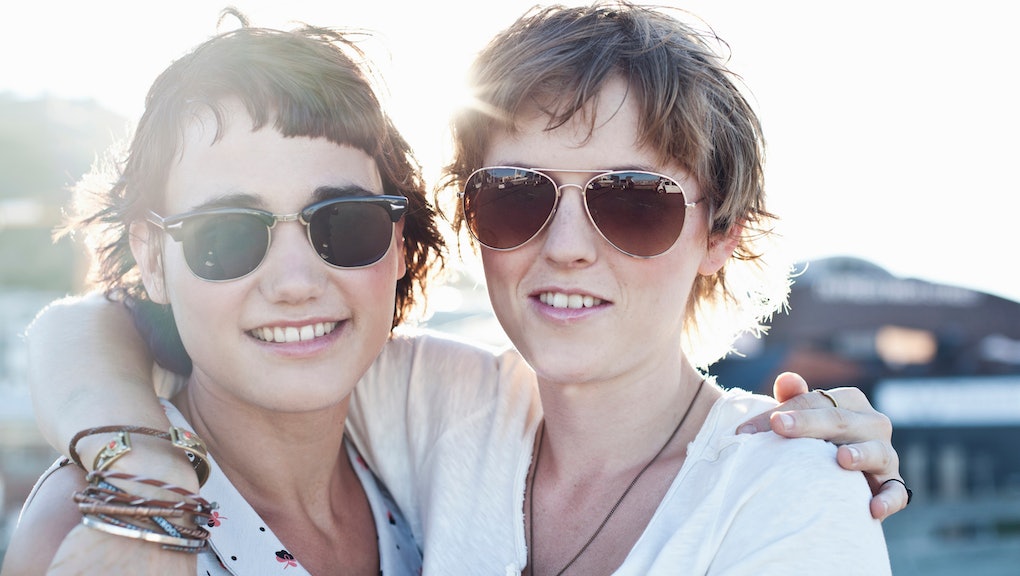 A new report about sexual orientation is turning heads.

Published by the Centers for Disease Control and Prevention's National Center for Health Statistics (NCHS), the report, which uses statistics from the 2013 National Health Interview Survey, consisting of 34,557 adults ages 18 and over, is the first to survey adults on their sexual orientation on this scale.

According to the CDC, the objective of the survey was to "provide national estimates for indicators of health-related behaviors, health status, health care service utilization and health care access by sexual orientation."

Of course, like any social or scientific experiment in which the parameters and variables of the study have been predetermined by a group of scientists, problems abound with this study, at least in terms of language. This is evident by the 1.1% of people who were uncertain about how to identify themselves. This survey is built around the concept of self-identification, and therefore depends on the assumption that that person's identity matches the researchers' definition of that identity. Or, to put it otherwise, would these scientists define "bisexual" as a married, monogamous, opposite-sex-married woman? Because plenty of bisexuals might.

It is curious to think too how the results might have changed if the researchers had included the identity "queer," which generally pertains to a blend of one's gender identity and sexual identity. Would more people have identified as queer than anything else? Perhaps they avoided "queer" in order to make this survey clearly about sexuality, rather than gender and sexuality. (This, by the way, is why there are no statistics on the trans community, as gender and sexuality are different).

Women, as in all surveys, are an afterthought, as in they were given the opportunity to identify as "gay or lesbian." (Some women do not identify as lesbian.) Thinking about women and lesbians in particular is critical for trying to understand the significance of the report's findings. Grouped in with "gays," the particulars of women's health are washed out, and impossible to determine from this survey alone. This comes despite the fact that we know that lung and breast cancer affect lesbians at a disproportionate rate — which is why you won't find cigarette advertisements in the lesbian-specific magazine Curve, but you will find tobacco ads in gay men's magazines.

Then there's the question of how accurate the numbers actually even are. As Judy Bradford, director of the Center for Population Research in LGBT Health at the Fenway Institute in Boston, told the Washington Post, the study wasn't perfect, especially when it came to its results on bisexuality, which differed significantly from other studies.

"There's a variety of factors that could come into play, and we don't have an answer right now," Ward said. "It's something we are looking at."

The results also differed in terms of sheer volume: The number of people who self-identified as LGB was lower than previous studies and estimates. Reasons for this include the myriad labels LGB (and T) communities use to self-identify, as well as a lingering reluctance or anxiety from participants to identify their sexual orientation to the government agency for the first time.

However, while this report raises more questions than it provides answers, researchers were clear that this is just a starting point for further studies.