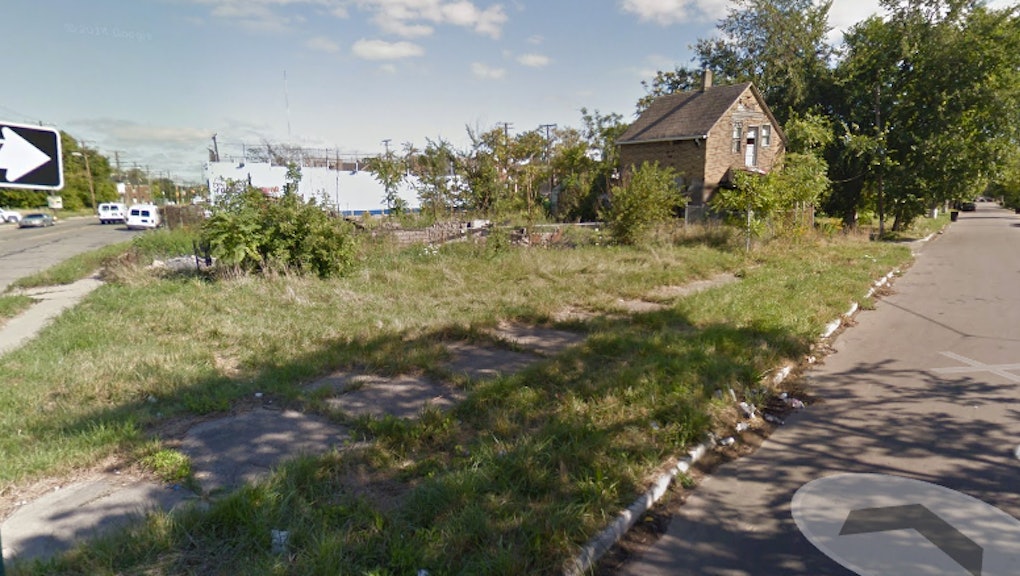 It's a heartbreaking story told in just six pictures.

After a fire destroyed nine houses on one block of Garland Street in Detroit, the Detroit News looked back to tell the block's story. While their reporting went back nearly a century, the images only need to go back seven years to make an impact.

The block looks to be thriving in 2007, with mowed lawns and kids' toys. The housing crisis left homes empty and overgrown, though, culminating in a fire that took out much of the block last month.

The background: The bungalow homes were built in the 1910s and '20s, and were part of an affluent neighborhood, according to the Detroit News. Dr. Ossian Sweet made history by becoming the first black man to move into the neighborhood in 1925, and it didn't come easy — he faced down a mob of 400 armed white residents.

Many of the longtime residents began moving out or dying off in the '70s and '80s, and many of their homes were turned into rental properties. The housing crisis made things much worse. On that stretch of Garland, one-third are owned by the city or by banks due to foreclosures.

Then came the fire. It wasn't an accident, authorities said. After one person was arrested for setting a neighbor's car on fire, the house he was staying in went up in flames. Soon, so did other houses on the block.

Arson epidemic: Detroit has had between 4,000 and 5,000 fires a year since 2000, according to the Detroit News. Most are thought to be intentional, though police and other authorities lack the resources to investigate them all.

While insurance fraud is the most common culprit, revenge (like on Garland Street) comes in second, accounting for 20% of investigated cases last year.

Fire departments struggle to deal with so many incidents, especially when there's no guarantee that abandoned homes are actually abandoned. Since the housing crisis, squatting in foreclosed homes has become very common.

"You get people saying, 'Well, just let the whole city burn down. Let the houses burn,'" fireman Scott Ziegler told the Verge. "That's not the answer. You can't just let things burn down."

As the city looks into fixes for the rash of abandoned houses and arson cases, residents near Garland Street remember what it used to be like.

"If my mom and dad could see what they worked so hard for has become," 48-year resident Diana Arnold told the Detroit News, "they'd be standing up in their graves."