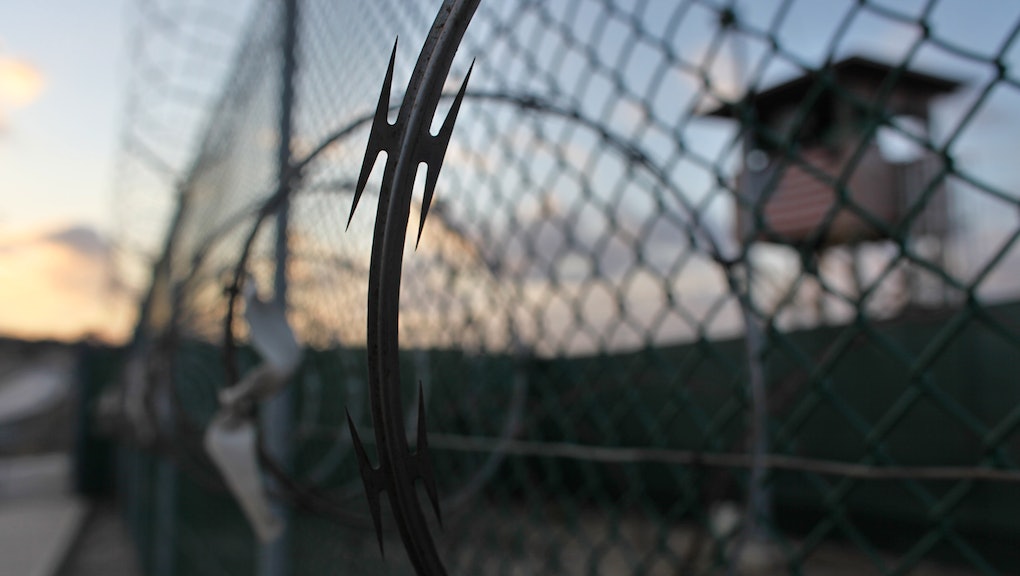 The news: On Tuesday, reports surfaced that one Guantanamo Bay nurse is refusing to participate in the force-feeding of hunger-striking inmates. According to one detainee's lawyer, this is the first time U.S. medical personnel has chosen to not abide by the feeding regimen dictated for Gitmo inmates.

Cori Crider, an attorney for Abu Wa'el Dhiab, who has been detained since 2002, told CNN that during a phone call last week, Dhiab mentioned an unnamed male nurse who was refusing to force-feed striking prisoners, disapproving ethically of the practice.

A Pentagon official later confirmed that "there was a recent instance of a medical provider not willing to carry out the enteral feeding of a detainee. The matter is in the hands of the individual's leadership. The service member has been temporarily assigned to alternate duties with no impact to medical support operations."

Officials refuse to release the number of the 149 Guantanamo Bay prisoners who are currently subject to force-feeding. The practice, initially reported in March 2012 but said to have begun earlier, was a response to prisoner hunger strikes that were threatening the lives of many detainees.

Hunger strikes have been a deployed measure of protest from Guantanamo Bay prisoners since the prison opened in January 2002. The most recent instances were retaliation for prisoner mistreatment and indefinite detention. In June 2013, the hunger strikes peaked; out of the 166 prisoners, 106 were striking and 45 of those were being fed through tubes.

Force-feeding: Hunger strikes for prisoners are a way for them to communicate their concerns about their confinement. Force-feeding entails jamming a tube up striking prisoners' noses to get them essential nutrients, as a way to keep them alive and safe.

International organizations condemn the practice. The United Nations Office of the Commissioner for Human Rights called force-feeding prisoners at Gitmo a "flagrant violation of international human rights law," which is "cruel, inhuman and degrading." But the Pentagon continues to see it as a "medical response to detainees who hunger-strike."

Dhiab has been cleared for release from Guantanamo since 2009, but remains in the Cuban detention facility. He and his legal team have filed a federal lawsuit objecting to the force-feeding policy. Crider pointed out that the nurse's refusal to participate meant a lot to Dhiab and other inmates who are hunger-striking.

"This nurse showed incredible courage — to see the basic humanity of the prisoners and to recognize that force-feeding is wrong is a historic stand," Crider said.