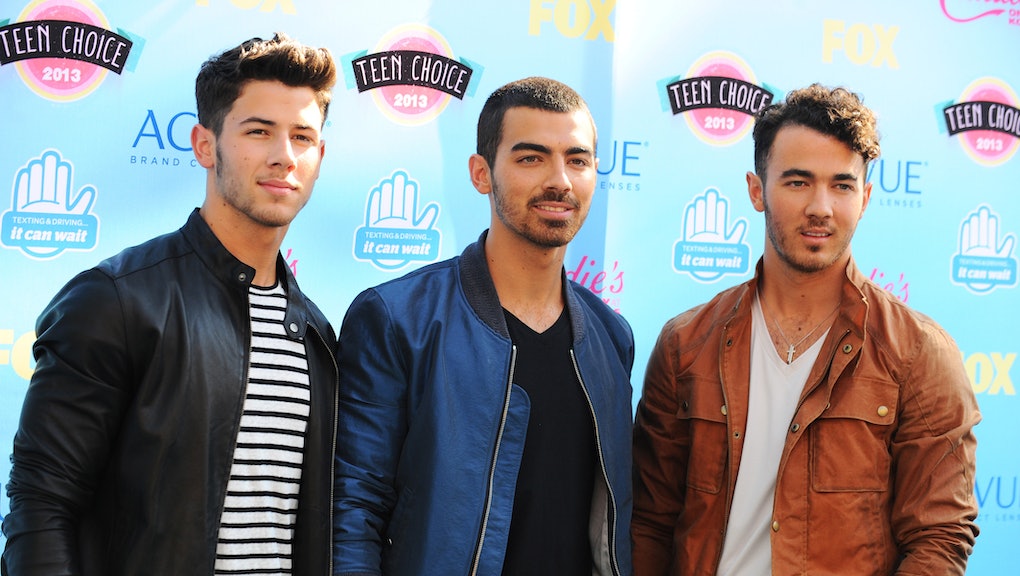 Staying "pure" before marriage isn't all it's cracked up to be for young adults, according a new study published in the Journal of Child and Family Studies.

Yes, virginity pledges, which enjoyed a measure of popularity among child stars including Jordin Sparks, the Jonas Brothers, Miley Cyrus and Selena Gomez, are no longer in the headlines, but nevertheless still exist. Supporting previous research, this study surveyed 1,380 students at a "large, public Southeastern state university" in an effort to study the actual results of such pledges, paying careful attention to the way relgiong figured into the mix. Over 25% of these students had pledged to keep their virginity until marriage, which is in accordance with the national average of teens and young adults who have made the pledge.

Not surprisingly, religion plays a significant role in the degree to which virginity pledges succeed in their goal. Here, researchers demarcate between "religious participation" and "religious commitment," the difference of which is significant when understanding how and why some young adults keep their pledge and others do not.

"When religious commitment is high, adherence to the pledge is greater. However, for pledge signers with low religious commitment, there are unintended negative consequences with regard to increased participation in risky sexual behaviors, whether compared to other people who signed the pledge who are equally committed to their religion or to individuals who have never taken such a pledge."

In other words, religious participation — going to church seven days a week and participating in the church's youth group and other events — without serious commitment to the faith may make a person integral to the church's society but it is not a definitive indicator that one will keep his virginity pledge.

This of course is because participation is not a holistically true sign of one's faith, which is why "religious commitment" is a stronger indicator of a young adult's ability to keep his virginity pledge. That is, if one is devoutly religious, that faith — which resides in them and not on some piece of paper — signifies their ability to remain a virgin until marriage.

But while truly committed pledgers may delay sex due to their pledge, those with less serious commitment may suffer from unintentended consequences. As reported at :

The finding that pledge signers with low religious commitment have more oral sex partners than non-pledge signers is consistent with previous research suggesting that virginity pledges encourage risky non-coital sexual behavior as a way for pledgers to 'preserve' their virginity.

It's almost as if signing a purity contract creates an immediate reactionary effect; young people feel hemmed in and want to test the parameters of the contract — first a little kissing, then a little groping — once the ball gets rolling, it's hard to stop completely. Ultimately, researchers found that once pledgers realize their God hasn't smote them, coupled with the fact that kids love to take risks, they usually go "all the way": "researchers point out that these pledges, once broken, may leave kids little incentive not to keep having risky sex if they haven't been given comprehensive sex ed alongside the virginity pledge."

This isn't entirely new information — a large study conducted by the Johns Hopkins Bloomberg School of Public Health several years ago found similar ineffectiveness, noting that those who took pledges weren't less likely to have sex, but were less likely to use proper contraception methods. And yet, for years, American students have been taught abstinence-only sex education proven not to work. How many studies do we need before we stop buying into the myth that abstinence before marriage makes you somehow more pure?