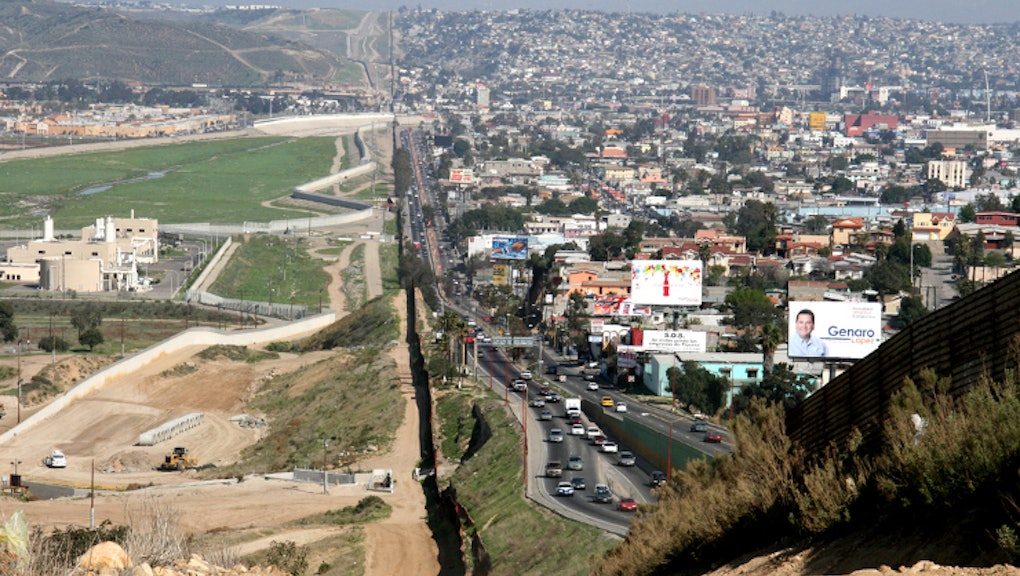 There's Something Scary Happening on the Left Side of This Picture

If you're standing on the left side of this picture, you have no constitutional rights. No joke. That area, which is part of the San Diego Border Patrol's Sector, is a Constitution-Free Zone and it's a very real, and very scary, thing.

Look at the fence. The metal barrier separates Tijuana, Mexico, from the U.S. But the zone, where the Custom and Border Protection (CBP) agents' patrol, extends 100 miles inland from there. The CBP, which polices the border, has the right to violate the Fourth Amendment. Agents are granted an exception to the law because they're able to search randomly or arbitrarily stop people without a warrant or probable cause.

Constitution-Free Zones are not just at the U.S.-Mexico border. In fact, 197.4 million people live within the specified zoning. That's a whopping 66% of Americans.

You read that right: Sixty-six percent of Americans live in a place where they are stripped of basic constitutional rights.

Agents use the 100-mile zone to enter private property and search vehicles and/or private possessions. For example, U.S. Senator Patrick Leahy was forced out of his car 125 miles from the New York State's border in 2009. In 2012, former Arizona Gov. Raul Castro, who was 96 years old at the time, was detained by CBP agents. They made him get out of his car and stand in 90-degree heat for 30 minutes because an agent detected radiation from his pacemaker.

The takeaway: There's a steep price to be paid for the Constitution-Free Zone.

In one recent case, Shena Gutierrez, a U.S. citizen, was detained for five hours following a traumatizing encounter with the CBP. During her detention, CBP agents treated her cruelly while interrogating her and searching through her possessions. According to Gutierrez, agents also trampled her and cuffed her so tightly that she was left with bruises.

With so many Americans living in these areas, Gutierrez's undignified meeting with CBP agents and their lawless ways is not the first of its kind and it will definitely not be the last.

So while immigration reform and border-crossing play out as the civil liberty issues of our time, these zones prove human rights violations aren't contained to border checkpoints. They're happening in our own backyards.