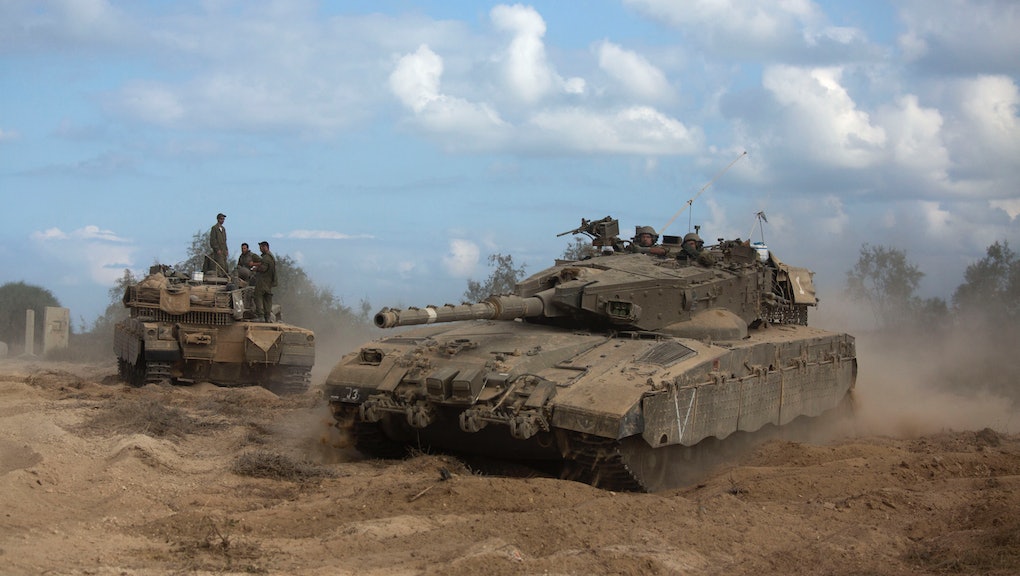 Here's How Your Tax Dollars Are Fueling the Conflict in Gaza

The news: Earlier last year, satirical publication The Onion ran an article titled "Obama Sarcastically Asks How Israel Afforded Such A Great Missile Defense System." It was hardly a joke. As Israel prepares to launch a ground invasion of the Gaza Strip, the U.S. is sending them hundreds of millions of dollars in aid to finance the Iron Dome system that protects Israel from Palestinian rockets.

Congress is actually sending more money than President Obama requested. This week, they voted to allocate $351 million for the system next fiscal year, up from a request for $179 million. That $351 million in funding is just a drop in the budget; the total amount of military aid allocated to Israel between 2009 and 2018 is $30 billion. In 2014, Israel recieved $3.1 billion. Overall, Americans pay for about 23-25% of Israel's defense budget.

The implications: Israel's invasion of the Gaza Strip is, to say the least, controversial. As tanks flood into the area, some 261 Palestinians have already been killed (about 50 of them children) and over 1,920 have been injured. Electricity has been cut off across wide stretches of the strip, while jets, warships and artillery are busy bombing targets mostly in northern Gaza.

"At this point all options are on the table," IDF spokesperson Lt. Libby Weiss told TIME. "It's not bound by time, [it's] more bound by objectives — to strike a blow to Hamas' ability to carry out terror attacks against Israel."

Previous Israeli military ground ventures into the strip have incurred significant civilian casualties; Operation Cast Lead killed 1,300 Palestinians, of which humanitarian groups claim around 1,000 were civilians. An additional 5,000 were injured.

In the current crisis, Vox's Max Fisher says that IDF forces have chosen to target civilian structures reportedly holding Hamas munitions. Hamas is of course terrible and should immediately cease hiding guns and bombs in schools, mosques and homes. But Fisher says that there is also "validity to asking why Israel seems to show so little restraint in dropping bombs over Gaza neighborhoods."

Why you should care: Iron Dome has been successful in preventing all but one Israeli fatality from the 1,000+ rockets launched from Gaza during the latest escalation. But remember that the funding the U.S. allocates for Israel's military is much larger than just missile defense. As Israeli soldiers flood into Gaza, U.S. funding paid for approximately 25% of the guns, bombs, vehicles and aircraft that they'll be using, not to mention a quarter of their salaries.

Clearly Israel is making its own decision by launching another invasion of Gaza. But the amount of funding the U.S. pumps into the Israeli defense budget makes Americans a significant strategic partner in the operation. Whether we like it or not, the U.S. will be partially responsible for any potential fallout.