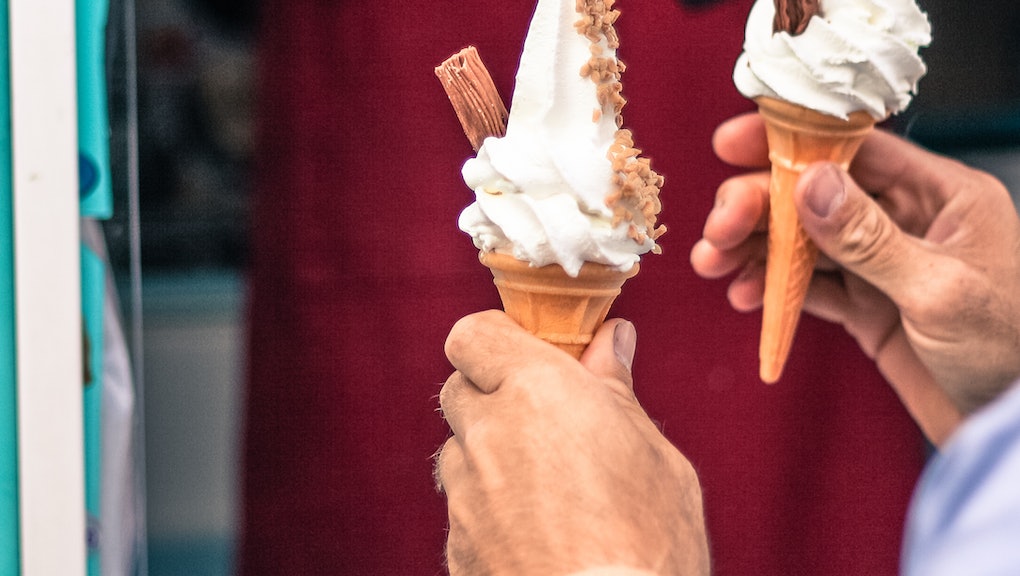 You Can Now Order an Ice Cream Truck on Uber. Here's How

The news: Uber’s world domination plan is taking a new, creamier step this week as it announced users can now request an ice cream truck on demand from their app (on Friday, July 18 only).

All you have to do is request “ice cream” on the app and, as soon as possible, an ice cream truck will be there to serve up treats for you and your friends. Even better, the cost of the ice creams is all charged directly to the Uber account, so no need to rifle around for loose change to pay for your Mister Softee.

Costs vary across Uber’s many world destinations. In Amsterdam or Berlin, it costs 15 euros ($20) for four people, but it’s double that in Paris. American cities also differ in cost: It’s $30 for six people in New York City and $36 for the same number in Los Angeles. Detroit and Sacramento both get 5 people for $20, and around most of the country, the number is about $25 for this extravagant but, let’s be honest, necessary summer service.

Uber has made its name by offering private cabs in the world’s biggest cities (and has received a lot of flack in the process) and is no stranger to a quirky marketing campaign: In the past the company offered free Brooklyn cabs and even offered a kitten delivery service.

It seems to be working: Uber has established markets in 140 cities in 41 countries since starting in 2010, even in cities with established cab systems like New York. Uber was worth $3.4 billion in 2013, and it only continues to grow. Marketing schemes like this, which give users something unusual and genuinely desired at a fairly small price, are great ways to help make it better known globally. According to their website, its ubiquity is serving it well as its users tend to use it in multiple locations.