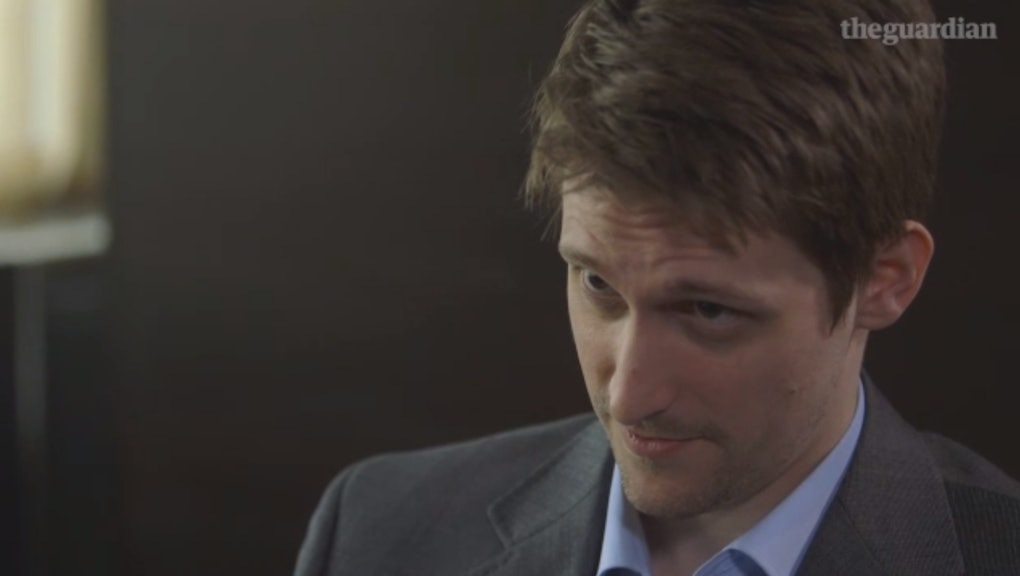 In a new interview with The Guardian, whistleblower Edward Snowden says that NSA employees look at people’s nude photos. Then they pass them around to their coworkers.

“You got young enlisted guys, 18-to-22 years old — they've suddenly been thrust into a situation with extraordinary responsibility where they now have access to all of your private records," Snowden said. "Now, in the course of their daily work, they stumble across something that is completely unrelated to their work in any sort of necessary sense, for example, an intimate nude photo of someone in a sexually compromising situation, but they're extremely attractive."

Disgusted yet? He continued:

“So what do they do, they turn around in their chair and show their coworker. And their coworker says, "Oh, hey, that's great. Send that to Bill down the way." And then Bill sends it to George, George sends it to Tom. Sooner or later, this person's whole life has been seen by all of these other people. It's never reported, nobody ever knows about it because the auditing of these systems is very weak. The fact that your private images, records of your private lives, records of your intimate moments have been taken from your private communications stream, from the intended recipient, and given to the government without any specific authorization, without any specific need, is in itself a violation of your rights? Why is that in a government database?”

The NSA response: When asked for comment, the NSA technically did not deny that employees were passing around naked pictures. But the agency did maintain that such activity would not be tolerated.

“NSA is a professional foreign-intelligence organization with a highly trained workforce, including brave and dedicated men and women from our armed forces,” spokeswoman Vanee Vines said in an email to Forbes. “As we have said before, the agency has zero tolerance for willful violations of the agency’s authorities or professional standards, and would respond as appropriate to any credible allegations of misconduct.”

Of course, a big part of Snowden’s allegations is that the agency lacks the auditing and oversight to know when such willful violations occur.

“I can live with that.” Elsewhere in the interview, Snowden restated his preference to come back to the U.S. rather than stay in Russia, where he has asylum. If he came back, he told The Guardian, he would hope for a jury trial instead of one presided over by a single judge.

“Regardless of what happens, if I end up in chains in Guantanamo, I can live with that,” he said.

Since negotiations to return seem to have stalled for the time being, Snowden likely won’t be returning, in chains or otherwise, in the near future. At the very least, perhaps these revelations will force the NSA to keep a closer eye on what photos its workers are passing around.