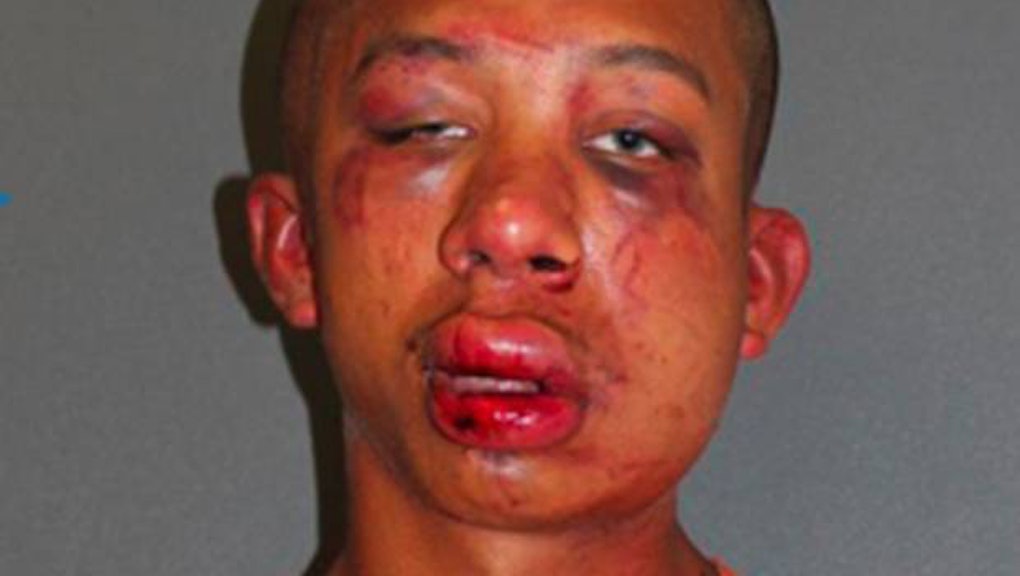 "Send An Ambulance": Father Tells 911 After Beating Accused Child Abuser to a Pulp

The news: Early Friday morning, an unnamed Florida father beat 18-year-old Raymond Frolander into a bloody pulp when he walked in on Frolander molesting his son. The father then called 911, and when asked by the 911 dispatcher if any weapons were involved, the father said "my foot and my fist."

The father beat the accused pedophile so badly that Frolander remained motionless until officers showed up to the scene.

The details: Sometime before 1 a.m. on Friday morning, the unidentified father walked in on Frolander abusing his 11-year-old son in a home in Daytona Beach, Fla. He then attacked Frolander, brought him into the living room of the house and called the police. When officers arrived, Frolander was bleeding from the mouth and incurred several injuries.

"He is nice and knocked out on the floor for you," the father told the 911 dispatcher. "I drug him out to the living room ... Send him an ambulance. He's going to need one."

Police apprehended Frolander and are charging him with sexual battery on a child under 12, according to CBS News. He is currently being held without bail.

The 11-year-old child told child protective investigators that the sexual abuse had been going on with Frolander since the boy was 8-years-old. The child said in the aftermath of the attack that this incident started after friends he was playing with at the property left and he was left alone with Frolander, reported the Independent.

Daytona Beach Police Chief Mike Chitwood reportedly said that Frolander was "almost like a family member" to his victim, having known him and the family for several years, and "clearly picked his target, groomed his target and had sex with [him] multiple times."

Chitwood added that while justice will be served against this serial offender, the father will not face charges. "Dad was acting like a dad," Chitwood said. "I don't see anything we should charge the dad with."