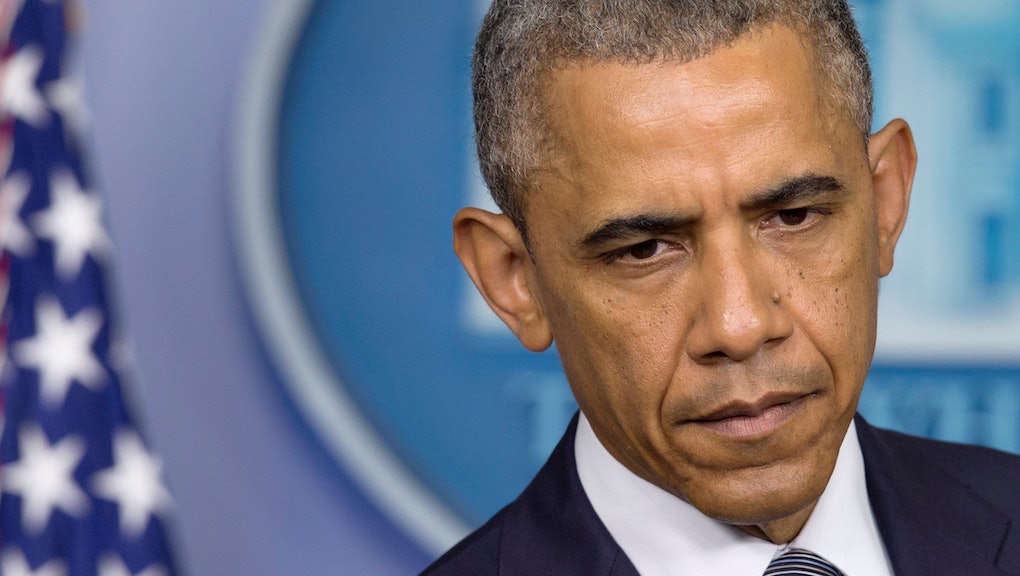 The news: On Sunday, President Barack Obama told Israeli Prime Minister Benjamin Netanyahu that he has serious concerns about the growing number of casualties from clashes between Israel and the Palestinians. In a phone call between the two heads of state, Obama called for an "immediate ceasefire" and has sent Secretary of State John Kerry to Cairo to help broker one.

But while calling for the ceasefire, Obama reiterated the U.S.'s condemnation of Hamas' attacks on Israel and said Israel has the right to defend itself.

The White House released a statement describing the call, part of which read:

"The president also raised serious concern about the growing number of casualties, including increasing Palestinian civilian deaths in Gaza and the loss of Israeli soldiers. [...] The president underscored that the United States will work closely with Israel and regional partners on implementing an immediate ceasefire, and stressed the need to protect civilians — in Gaza and in Israel."

Timing: The call was their second in three days and came shortly after another round of fire in Gaza left more than 87 Palestinians and 13 Israeli soldiers dead, making it the bloodiest day of fighting in the roughly two-week-old offensive. The death toll now sits around 400. However, despite the mounting body count, it's unclear when this will end.

"We will continue this operation for as long as it takes," Netanyahu reportedly said, in a very open-ended comment.

The call also came shortly after Gaza-based militant group Hamas announced it had captured an Israeli soldier, which, if true, could make any attempts at peace talks much more complicated.

Other options: Qatar held peace talks between Palestinian President Mahmoud Abbas and U.N. Secretary-General Ban Ki-moon on Sunday to try to reach a ceasefire agreement, according to Reuters. It's not yet clear if anything substantial was accomplished during these meetings.