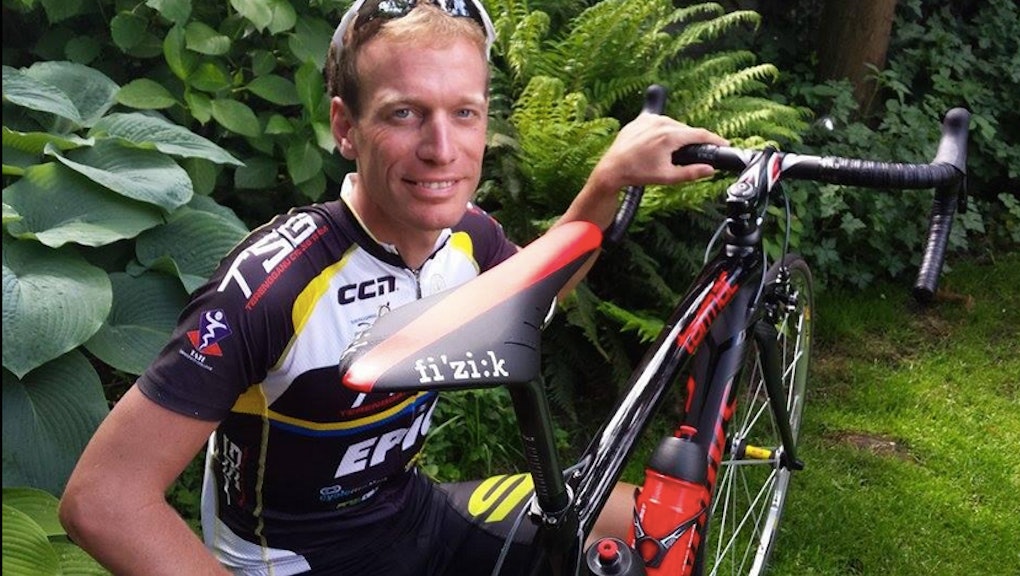 The news: A 29-year-old Dutch cyclist has dodged the reaper not once, but twice, with only sheer chance standing between him and his tickets on both Malaysia Airlines flights that met a tragic end this year.

Maarten de Jonge was scheduled to be on both Flight MH370, which was lost over the Indian Ocean in March, as well as flight MH17, which was likely shot down over eastern Ukraine last week. In March, de Jonge was supposed to fly from Kuala Lumpur to Taiwan to compete in a race in Taiwan. Last week, de Jonge was scheduled to return to Asia from a race in the Netherlands. Both times, he changed his reservation for matters of convenience, whether that was price or flight length. The two flights were totally lost and suffered full fatalities of passengers and crew members.

Crazy coincidence? As de Jonge is quick to point out, this isn't a feel-good story. Between the two flights, approximately 537 people who had the misfortune to board the flights are dead.

"What has happened is terrible, so many victims, that's a horrible thing," he wrote on his website. "I have my story done and I would like to leave it ... my story is ultimately nothing compared to the misery in which so many people are paid."

"Attention should be paid to the victims and survivors. Wishing everyone affected by this disaster a lot of strength," he added.

"I could have taken that one just as easily," de Jonge told RTV Oost. "It's inconceivable. I am very sorry for the passengers and their families, yet I am very pleased I'm unharmed."

Going forward: De Jonge is a member of Malaysia's Terengganu Cycling Team and came in 35th place at the Netherlands' National Championship Road Race in June. He told Dutch television that he plans on flying to Malaysia later this year and will not adjust his plans with respect to the two disasters: "You should try not to worry too much because then you won't get anywhere."

In disasters like these chance, not fortune, is the decisive factor. Australian woman Kaylene Mann lost her brother and his wife on MH370 and her stepdaughter and her husband on MH17.

Others who have survived multiple close calls throw off suggestions of unnatural luck. Music teacher Frano Selak, for example, survived multiple deadly disasters before winning the lottery (and giving most of it away!). However, his perspective on his brushes with death was less than rosey: "I always think I was unlucky to have been in them in the first place but you can't tell people what they don't want to believe."