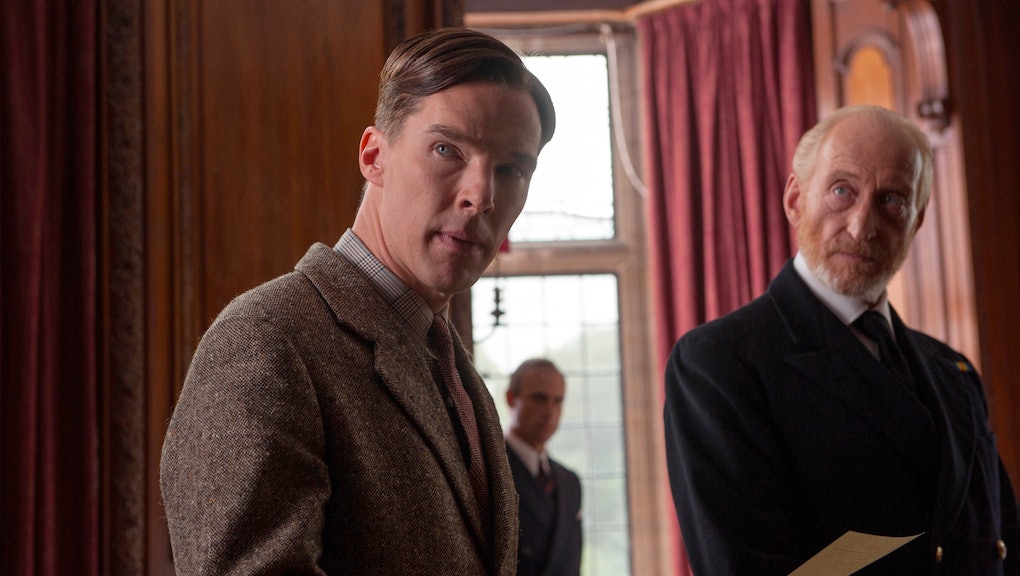 Benedict Cumberbatch's 'The Imitation Game' Trailer Has One Major Flaw

Is there anything better than a period movie with Keira Knightley in it? Yes: a period movie with Keira Knightley, Benedict Cumberbatch, Matthew Goode, Rory Kinnear and Charles Dance in it. This year, computing pioneer Alan Turing and the World War II codebreakers of Bletchley Park will come to the big screen in the espionage drama The Imitation Game, which looks set to continue Cumberbatch's career of playing security and data experts on film.

But there's one major problem with the trailer: Where are all the women? Considering that women were a major part of these code-cracking operations, their omission is a disheartening oversight.

The Imitation Game follows the development of the bombe devices, machines that helped to break German codes, such as the Enigma, in England during World War II. The trailer screams Oscar bait, filled with high drama and classically trained actors. There's also the promise of some love scenes for Cumberbatch as gay geek icon Turing.

But the trailer lacks female characters. Keira Knightley appears as a female codebreaker, but we see no other women in the clips at all. A fact that is even more discouraging, seeing as women were integral at Bletchley, including the codebreaking operations. In fact, 50% of the codebreakers at Bletchley were women.

The role of women at Bletchley Park is often underplayed, and although the movie looks promising and was one of the top "black listed" scripts in Hollywood in 2011, this omission could be unforgivable. This is an extra disappointment in light of the BBC's short-lived but highly acclaimed The Bletchley Circle, which follows a group of former codebreakers sworn to secrecy in the post-war years as they use their talents to solve mysteries, all while navigating a society with no use for the strong, intelligent women of the war.

Of course, a trailer is only a trailer, and the full cast listing promises a few more female faces, including Tuppence Middleton as Helen and Hayley Joanne Bacon as the sure to be deep and nuanced character, "Woman in Crowd."

Let's hope, that the film somehow gives credit where credit deserves to be due.