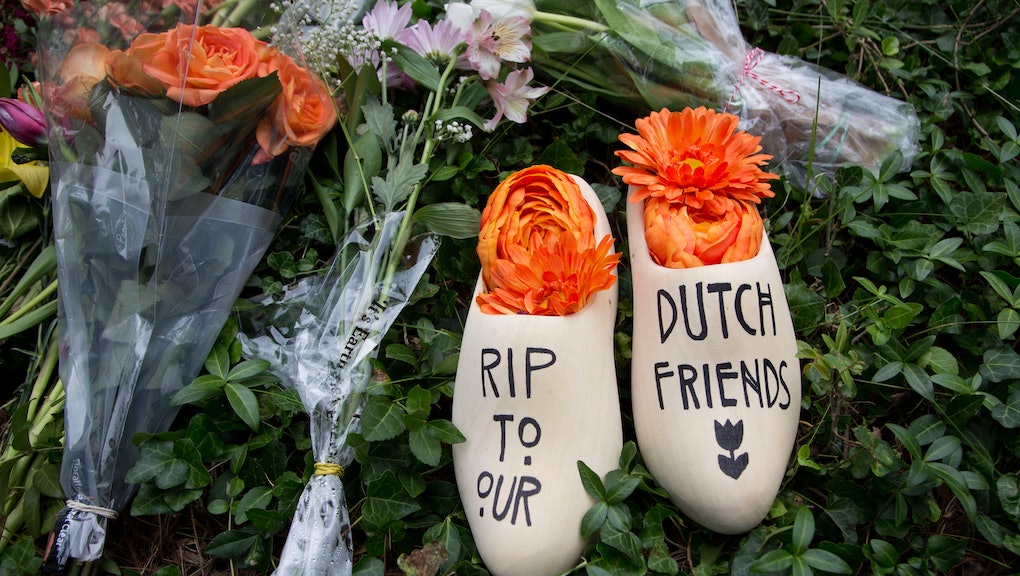 The news: Some real bastards are trying to profit from the MH17 disaster.

Online scammers have been busy at work setting up fake Facebook pages to scam people looking for information about Malaysia Airlines Flight MH17, which was shot down over eastern Ukraine last week lost all 298 people onboard.

At least six fake Facebook pages using the names of victims have been shut down. Each linked to a blog site loaded with pop-up ads for "online gambling, get-rich-quick schemes, and other dubious products and services." The "click-fraud" sites are also distribution points for malware designed to hijack computers and steal personal information.

Three of the sites were set up in the name of West Australian children who were killed, including the now-shutdown one below.

"Crooks are super-fast these days at picking up on anything that's remotely topical, and working out how to monetise it from a criminal point of view," he warned. "It's a really distasteful trend."

Scams popped up in the wake of the Boston Marathon bombings and Japan's 2011 Tohoku earthquake, among others. After the Sandy Hook Elementary School shootings in Newtown, Conn., unofficial tribute pages to the victims quickly became intermixed with various kinds of Internet crime. Some of them revealed personal details of the victims' families, while others appeared to be collecting Facebook users' information for marketing purposes. One woman was sentenced to eight months in prison after collecting $240 for a fake "funeral fund." The problem became so bad that Connecticut lawmakers submitted an official complaint to Facebook.

How to protect yourself: These despicable scam artists probably aren't going to stop profiteering off tragedy anytime soon, and Facebook can only take them down as quickly as they're reported. Being proactive is pretty much your only option.

The first step is not clicking on dubious outside links or joining Facebook groups that spring up in the wake of major disasters or crimes unless you know for a fact that they're legitimate.

If you want to give money, Charity Navigator's Ken Berger recommends only donating to established charities. His organization keeps updated lists of the best organizations that responsibly disperse disaster funds. It takes time to organize relief efforts, so links popping up in the hours or days after a disaster are less likely to be legitimate. In particular, be skeptical about charities seemingly created to respond to one specific event.

In the meantime, let's hope someone catches the jerks behind the scams and puts them behind bars where they belong.