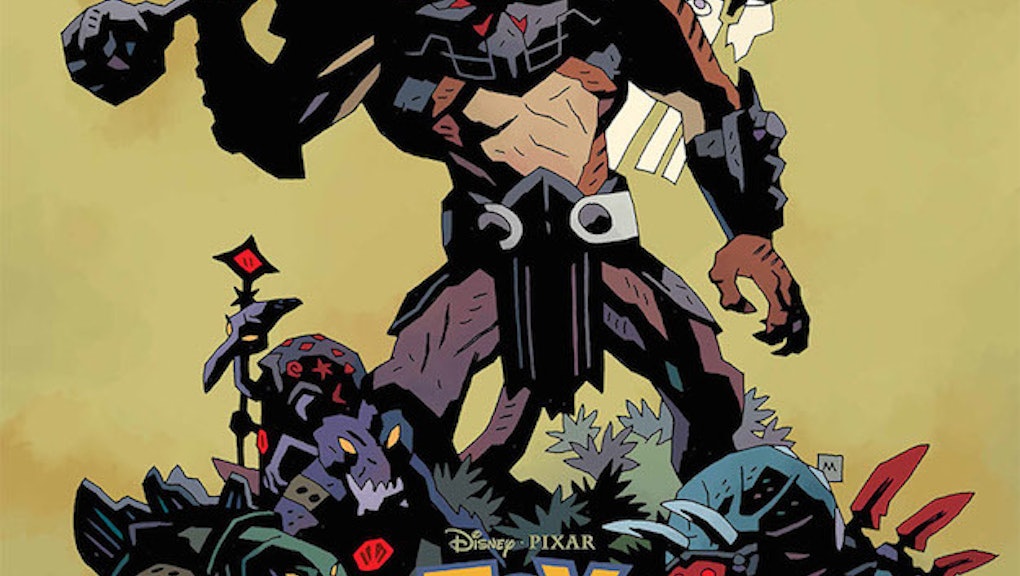 This Is the Poster for the Latest 'Toy Story' Movie, and It Looks Epic

Please pardon us while we squeal in childlike glee. They're making a new Toy Story special, and the poster looks amazing.

The news: ABC's upcoming December holiday special Toy Story That Time Forgot is an official, licensed sequel to the Toy Story series, the second such special after 2013's highly-rated Toy Story of Terror. In it, the series' recurring crew of living toys meet the "coolest set of action figures ever," who turn out to be "dangerously delusional." New addition Trixie the triceratops is the gang's only hope of escaping their clutches and returning to Bonnie, the 4-year-old who inherited the toys from Andy at the end of Toy Story 3. The special will also introduce Reptillus Maximus, presumably the leader of the enemy cadre of toys, and who will be voiced by Grey's Anatomy's Kevin McKidd.

This one has a much better poster than Toy Story of Terror and is clearly designed to squeeze as much childhood nostalgia out of fans as possible. And it looks like it has tons of dinosaurs, which just cranked up the awesome notch to 11.

Another bonus for dinosaur nuts: Here's the just-revealed poster for Jurassic World, which will hit theaters in 2015. It features a re-imagined Jurassic Park functionally operating around 22 years after the original park went belly-up.

This year's Comic-Con also has an unprecedented number of female-oriented panels, so there's a lot to be excited about.