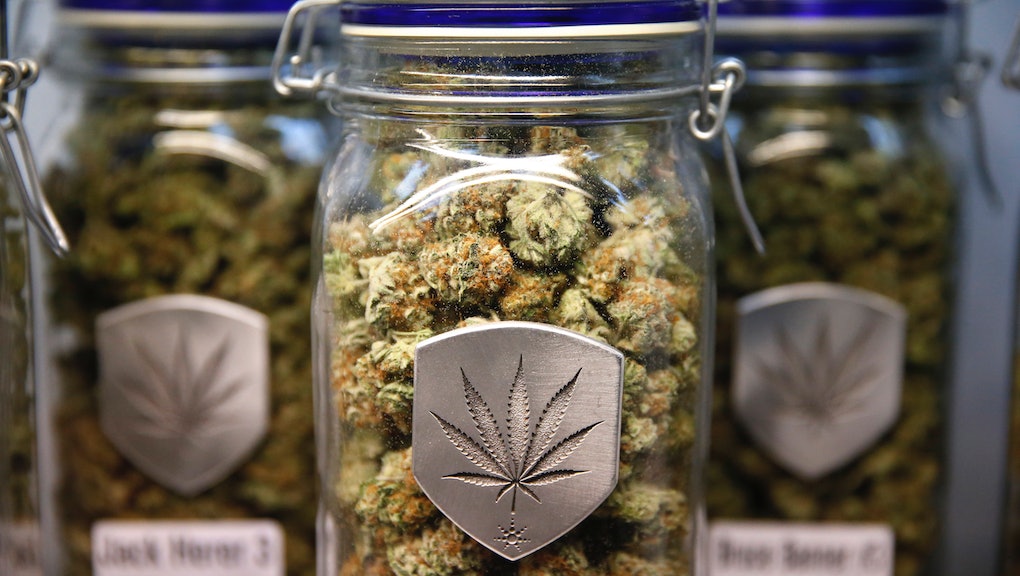 Nothing. Or rather, nothing illegal going on.

In collaboration with the state's Marijuana Enforcement Division, Denver and Pueblo police forces conducted sting operations on 20 dispensaries in the two cities sending underage people as undercover agents into the dispensaries to buy weed. They were all IDed and when they failed to prove their over-21 status, every single dispensary turned them away.

FAIL = WIN. The fact that police forces weren't able to get a single dispensary to sell to under-aged buyers speaks volumes about the legitimacy of Colorado's weed economy. As America's first state with retail sales, Colorado has the eyes of the world on their recreational marijuana program, and this was a big step in the right direction.

After suffering setbacks in public perception due to children getting their hands on edibles and other, slightly more enterprising children actually selling weed in their elementary school, this is good evidence that the purveyors of pot are following regulations to keep it out of the hands of children — a major concern many had brought up before during the legalization debate.

Though the sting only targeted 20 stores, it's the first time legal pot stores have been tested in this way, and these findings are more substantial than the few damning, sensational stories that have emerged.

Debunking a common myth. Opponents of legalization frequently argue that legalization will put more weed into the hands of kids in two ways: by lowering their perceived risk of using pot and by increasing the overall availability.

While pot has a lower perceived risk in America today, there hasn't been any increased teen use. More kids are not seeking it out just because it's legal.

And this sting operation seems to debunk the other half of this myth — the children still couldn't get their hands on the green, despite the wider public availability. In fact, underage kids will have a far harder time buying in recreational dispensaries, where the rules and laws are strictly enforced. Win, win, win.