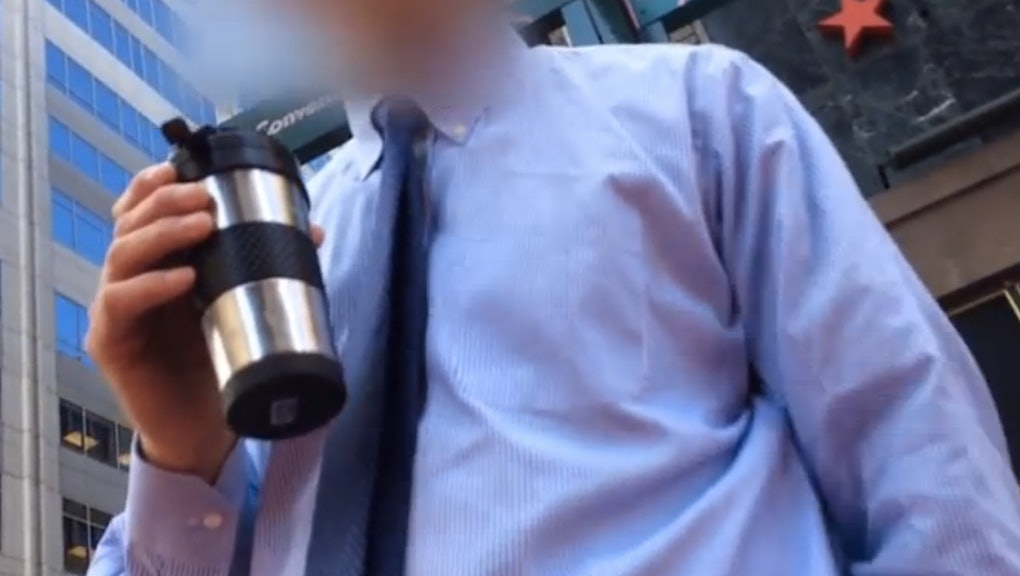 What do you do when a random stranger on the street tells you to smile, comments on your legs, hair or ass and then disappears with a smirk? Do you smile back to make him go away? Do you walk in the opposite direction? Do you give him a piece of your mind?

Enter Lindsey, 28, a woman from Minneapolis who knows the feeling all too well. After a particularly frustrating interaction last year, Lindsey took to Craigslist to voice her disgust.

Last month, a stranger began touching Lindsey's hair on an escalator, calling her "blondie." When she turned to ask him to stop, she says the exchange quickly turned ugly as the man started screaming at her, calling her ugly. That incident was something of a turning point for the activist, who's now come up with an even better way to prove to men that catcalling isn't a compliment: Cards Against Street Harassment. The pocket-size cards explain why this kind of attention is unwanted, and can be downloaded and printed out for the next time a stranger invites you back to his crib — all without saying a word to the harasser in question.

Despite the efforts of advocates like Lindsey and others, it still seems hard for some people to grasp the potentially damaging effects of the phenomenon. Lindsey has a message for these naysayers too. In an effort to reveal what it's really like for women in these experiences, she began stealthily recording the interactions, including people's reactions when they are being told that their comments are unwelcome.

Since developing them this summer, she’s distributed about 30 cards to people in Minnesota. Meanwhile, the recordings depict the quiet way this type of harassment manifests itself. "I'm going to keep talking to women the way I want to," one man says on the video. When she told another man that women don't want to be commented on the street about their appearance, he disagreed: "Don't women get dolled up every day to look good...?" Another man told her he called her a "bitch" because bitch means a woman is sexy.

One of the most outwardly misogynistic replies had a religious overtone, with one man telling her, "Don't you believe in Bible? Women are put on this earth to satisfy a man, so if she feels offended, she shouldn't have been born.”

The level of brazenness from many of the men is dramatic. One kept checking her out even after she reprimanding him for catcalling. While she explained that he shouldn't comment like that, he stepped back, scanned her up and down and said, "You're fucking gorgeous."

It's important to note that Lindsey doesn't recommend this method for everyone. Women should assess the situation, and if there's any threat of physical violence or escalation, they certainly shouldn't engage.

But Lindsey found her "justice" in uploading the reactions to YouTube. "The filming provides them a platform to embarrass themselves in a way that they've already embarrassed me," Lindsey, who doesn't want to reveal her last name for security reasons, told Buzzfeed.

It's a teachable moment for everyone, especially since Lindsey's experiences with harassment are not an anamoly. A recent report from nonprofit organization Stop Street Harassment found that nearly two-thirds of women (65%) have experienced street harassment, with a frightening 41% experiencing aggressive forms including touching, following, flashing or being forced to do something sexual.

And it's not just limited to women; men can experience harassment too, with men who who identified as gay, bisexual or transgender targeted the most.