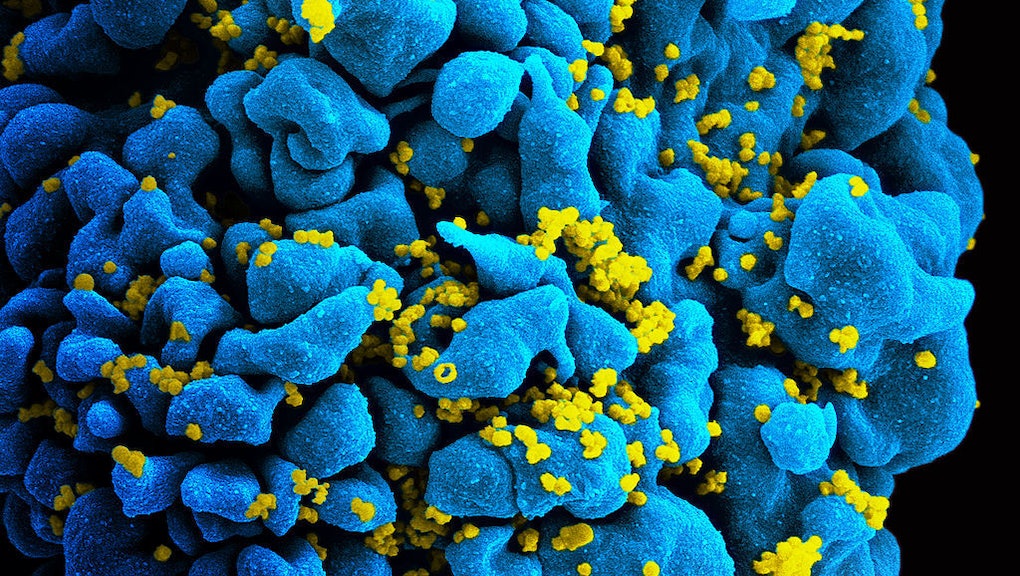 Fighting HIV in real life, of course, is nowhere near that easy. But new research from scientists at Temple University just took a step in that direction.

The research team found a way to essentially "edit" HIV out of DNA. By using RNA that rewrites genetic code, the researchers were able to cut out the HIV from infected cells.

The background: HIV works by attaching itself to specific cells — T-cells or CD4 cells — that allow it to replicate itself and spread throughout the body. The virus integrates itself into those cells, writing itself into an infected person's genome.

While antiretroviral drugs can hold off the process, HIV is still integrated into those cells. The virus is there for good, which is part of the reason that finding a cure seems almost impossible.

That's where this research comes in. By seeking out and rewriting the actual code — and removing only what the virus changed — we could theoretically cure and kill the infection for good.

The challenges: Application in theory is many steps away from application in practice. The question remains as to whether the process will work in a real live human being, as opposed to a laboratory environment.

Another challenge is making sure the RNA can identify only infected cells. You don't want your non-infected DNA being edited (unless you're gunning for a very unlikely superhero origin story), and you don't want any infected cells getting passed over.

There have been other attempts at this kind of genome editing, and it seems potentially like our best shot at taking out HIV. There are obstacles ahead, but you don't get massive breakthroughs without this kind of groundwork.