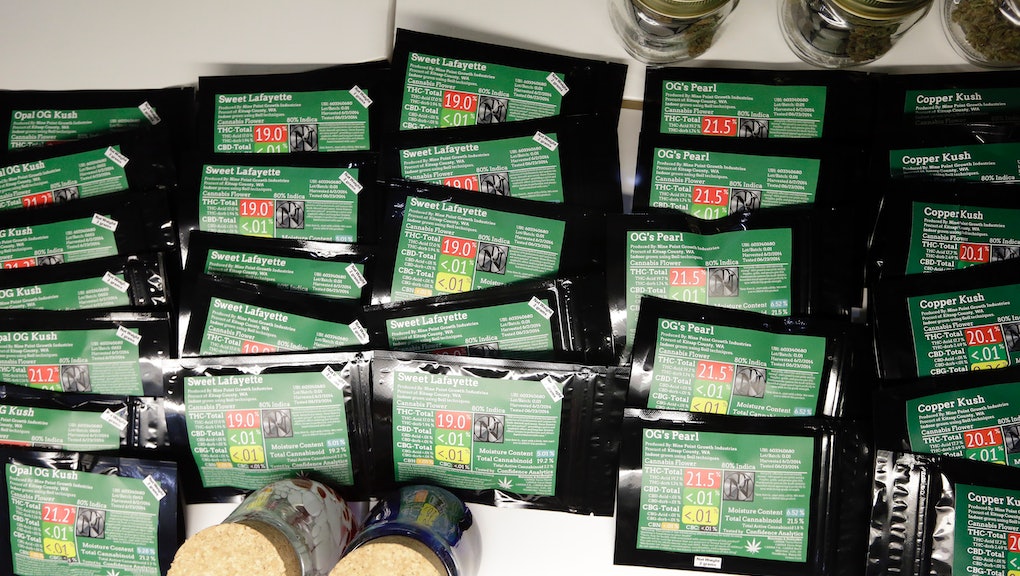 The news: Washington State is only two weeks into retail sales of marijuana but is already set to fall very short of its projected $51.2 million tax income between 2015 and 2017.

A report from Moody's, the credit rating agency, says that Washington is suffering from a few problems: not enough recreational dispensaries, prices that are far too high and the prevalence of cheaper (albeit black market) alternatives that are impossible to ignore.

The problems: There are not enough stores. Unlike Colorado, Washington had a notoriously haphazard start to their retail marijuana sales and only 23 out of 334 available licenses have opened statewide.

Prices are too high. It's being taxed at 25% three times over — once each at production, wholesale and retail levels, and that's before additional state and local taxes are added. Consumers are paying 44% in taxes on top of the price of legal weed, pricing the bud at up to $20 a gram.

On average, street prices are between $8 and $9 per gram and medical marijuana costs between $10 and $15 a gram. Eventually, consumers will realize that they can either buy weed from the black market or get a medical marijuana card with $100 and a doctor's recommendation, gaining access to lower cost buds.

This is a familiar problem. Despite a relatively smooth start, Colorado's initial estimates of weed sales and the subsequent tax revenues were way too high, and the actual income was low for some of the same reasons — for example, medical marijuana consumers sticking to medical marijuana because it's cheaper.

Going back on the numbers: Projecting massive tax revenues helped to bolster support for recreational legalization initiatives when they were still just concepts, but once states begin implementing them, those high estimates are brought down to reality by the market forces that have existed throughout marijuana's prohibition. Those competitive factors have been serving people's marijuana needs for years, and if retail weed is going to work, the new legal economy will have to adapt.