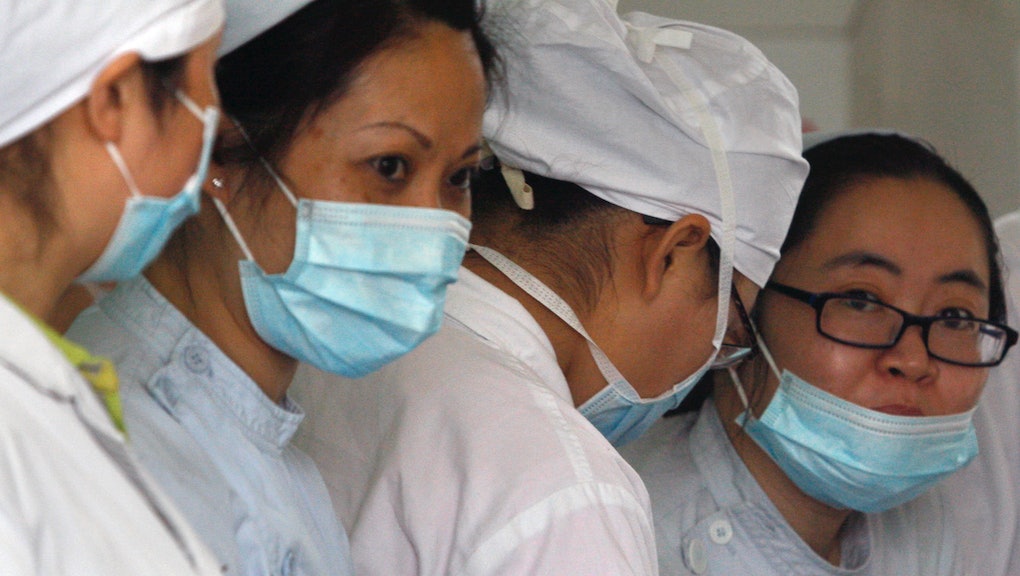 The news: Thought that the Bubonic plague went away centuries ago? Unfortunately, you're wrong.

In the northwestern Chinese city of Yumen, a 38-year-old-man recently contracted the disease and died after coming into contact with a marmot.

But here's the scary part: Chinese authorities are taking the outbreak so seriously that they have sealed off some 30,000 residents out of a total population of 100,000 to prevent the disease from spreading further. That's roughly 1 in 3 people — not a welcoming statistic.

The 151 people who came into direct contact with the contaminated man have been directly quarantined and are being watched by medical teams. So far, apparently no one else has contracted the condition.

The background: Worldwide, some 20,000 people contracted the plague between 2000 and 2009. China has rarely seen outbreaks in recent decades and those that do happen have mostly been in rural parts of the west. Three out of 12 diagnosed cases resulted in death in Qinghai in 2009, while another who killed and ate a marmot in Sichuan province died of the plague in 2012.

Historically, a massive outbreak called the Modern Plague hit China beginning in the 1860s and spread to Hong Kong by 1894. Rats then transmitted the outbreak worldwide on steamships, with approximately 10 million people dying worldwide. The World Health Organization considered the outbreak active until 1959, when worldwide casualties dropped to 200 annually.

Today. Thanks to improved living conditions, increased understanding of the causes of disease and potent antibiotics that are usually capable of stopping the disease dead in its tracks, the bubonic plague isn't a major concern. However, isolated pockets can still spread from animals to humans; around five to 15 Americans catching the disease yearly. The vast majority of current cases are found in rural areas of Africa with poor access to health care services and large numbers of wild rodents in close proximity to human populations.

While uncommon, plague is still an extremely virulent disease. Some types can cause death within 24 hours of initial infection, which really is kind of terrifying. Scientists additionally worry that newly evolving plague strains could be multidrug-resistant, which could turn plague from a "historical curiosity" into a modern-day pandemic.

Fortunately, health officials in China say that the chance of the current infection spreading very far is minuscule. Let's hope that future outbreaks are dealt with as responsibly so that the bubonic plague remains largely a nightmare of the past.