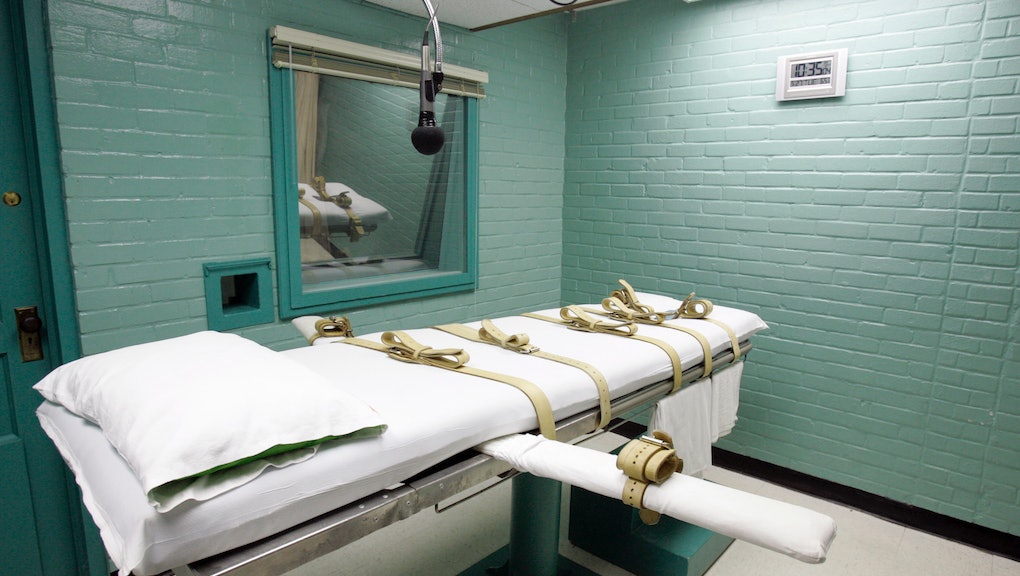 The news: In a staggering display of incompetence, the state of Arizona severely botched the execution of 55-year-old convicted killer Joseph R. Wood III on Wednesday.

Wood, who was sentenced to death for killing his girlfriend and her father in 1989, took a sickening nearly two hours to die after being injected with what his lawyers called an "experimental formula" of the sedative midazolam and painkiller hydromorphone. He spent an hour and 40 minutes of it gasping and attempting to breathe in a drawn-out process that witness Troy Hayden likened to a "fish gulping for air."

Most executions are short, lasting about 10 minutes. Wood's took one hour and 58 minutes, long enough for his lawyers to file an emergency court motion to try and stop it.

Here's the disgusting reason that it happened: Wood was very worried that the state would use "experimental" methods to kill him. Ultimately, that wasn't paranoia. It really did.

Arizona and other death penalty states are facing a shortage of sodium thiopental, a key lethal injection chemical. U.S. companies stopped making it in 2011 and other countries won't sell it to governments that want to use it to kill people. Current stocks will go bad by 2015.

But just because they can't get one of the only drugs known to kill painlessly hasn't stopped death penalty states from going to gruesome lengths to terminate prisoners. To do so, those states are inventing new lethal injection cocktails. The elephant in the room that states desperately want to ignore is that none of these new lethal injections can be tested on humans first, for obvious reasons. The result, writes Vox's German Lopez and Max Fisher, is that the "execution room effectively became the test lab; death row inmates were also lab rats."

Because these drugs are also of questionable effectiveness, some states like Arizona keep exactly what's going to be injected a secret from the prisoners and their lawyers. The midazolam-hydromorphone combo that took two hours to kill Wood was also used earlier this year on convicted Ohio murderer Dennis McGuire, who took 25 minutes to die. McGuire's lawyers had warned that the combo might be a mistake, but the courts accepted the prosecution's cruel argument that "You're not entitled to a pain-free execution."

Had Wood's legal team been informed of the exact drugs that would be used to cause his death, they might have been able to show evidence that it would be cruel and unusual punishment. Arizona wanted Wood to die, so they kept it a secret.

This process is more or less totally evil. Not only are prisoners sentenced to die, but they're also subject to a kind of psychological torture over the unknown nature of their eventual execution.

Why you should care: Arizona authorities are already in damage-control mode. Gov. Jan Brewer ordered an investigation, but somehow has already answered her own question. She said she's sure Wood didn't suffer, which has yet to be established.

One of the relatives of Wood's victims said that he "deserved it." Even if you buy that, 7% of executions nationwide are botched, meaning it almost certainly happens to people who were also innocent.

Finally, no one will ever be able to ask Wood if his two-hour experimental execution was cruel and unusual, because he's dead. Strange how that works, isn't it?