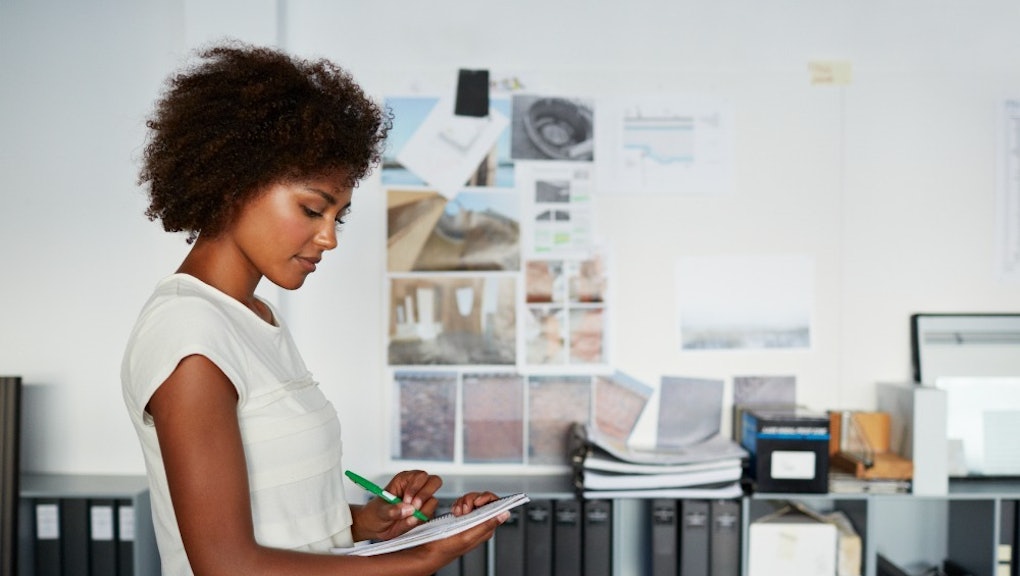 Call it a strategic valuing of diversity.

According to a new study by researchers at the University of Colorado Boulder, diversity within companies is seen as a positive attribute of both a company and its boss — but only if the boss is a white man. That is, women and minorities in leadership positions within companies are penalized with poor job performance reports if they promote diversity within the company.

The study, an attempt to understand the oft-referenced "glass ceiling" from another perspective, asked the bosses and peers of 362 executives (about 14% nonwhite and 31% female) to rate those executives on their warmth, competence, overall performance and "diversity-valuing behavior." What they discovered is that the glass ceiling is actually a floor.

The Academy of Management, which will hold a conference at the beginning of August to discuss the study's findings, noted in a press release that the study clearly shows how minorities and women are put in an impossible situation. "Ethnic minority or female leaders who engage in diversity-valuing behavior are penalized with worse performance ratings than their equally diversity-valuing white or male counterparts," the report noted, while "nonwhite and women leaders may increase their own chances of advancing up the corporate ladder by actually engaging in a very low level of diversity-valuing behavior."

Amanda Hess smartly notes at Slate that poorer job performance ratings for women and minorities who exhibit "diversity-valuing behavior" might be a consequence of perceived threats to the business hierarchy. "White male managers who promote women and people of color aren't penalized for valuing diversity," Hess writes. "Perhaps that's because when a white man recruits a diverse group of people to work beneath him, he's improving the company's optics without disrupting the composition of its upper rungs. But when a woman or person of color does it, she's threatening the system."

It is surely something felt by women and minority business executives, this pressure to perform and conform, to value diversity but not too much. Women, the study observes, are held to higher standards of sympathy ("warmth") than men, a standard imposed on them by male and female employees alike.

This particular catch-22 has reverberated across America's cultural landscape, from The Devil Wears Prada to the "Ban Bossy" campaign. Wait, why can't women be bossy? Because they're expected to maternally hold your hand when you make a boo-boo at work.

Forbes recently published a piece asserting the same catch-22 in light of a 2013 Gallup poll that proves both men and women prefer male bosses over female bosses.

"Female subordinates are often less respectful of, and deferential to, their female bosses than they are to their male bosses," writes Peggy Drexler for Forbes. "They question more, push back and expect a certain level of familiarity or camaraderie that they don't expect from the men.... For women to succeed, they have to be different, extraordinary and not too emotional. But for them to be respected by their female employees, it seems these women also need to be relatable, likable and 'just like everyone else.' When they're not, there's major backlash."

And here is why feminism is so critical in this context — because through feminist practice, we can reconfigure the role of being a boss or high-powered executive in a way that doesn't place women and minorities in such a horrible bind.