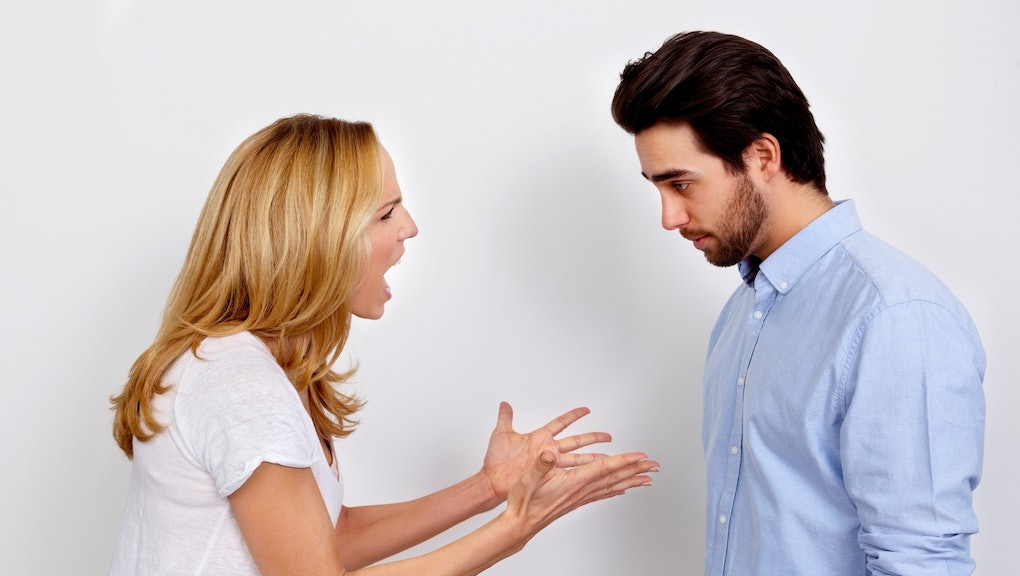 The Psychologically Proven Way to Win an Argument Every Time

Do you ever find yourself caught in a never-ending argument? Both sides just keep getting more and more entrenched in their own viewpoints and zero progress is ever made. Well, psychologists have finally discovered a surprisingly effective way to win highly divisive arguments. Instead of debating your opponent, trick them by aggressively agreeing with them.

The team researched "paradoxical interventions" which exposed participants to extreme variations of their own beliefs instead of openly challenging them. The technique turned out to be so powerful that it changed Israelis' viewpoints on the firmly entrenched conflict between Israel and Palestine.

Here's how it works: Debating someone on a divisive issue often causes them to go on the defensive, firing back with counterpoints and rejecting alternate viewpoints. This effect is so strong that the research team claims "in most intractable conflicts, the real problems are not the real issues." Instead, what prevents conflicts from ending are "psychological barriers" rather than actual ones.

The researchers thought that the paradoxical method might be more effective. So they gathered more than 150 Israelis and exposed half of them to generic tourism videos. The other 75 were shown videos depicting absurd and irrational versions of their own beliefs about the Israeli-Palestinian conflict.

Watch one of them below. The text is in Hebrew, but it claims Israelis need to continue fighting to maintain the most powerful army in the world.

Here's another one of the test videos, which explains that the conflict is necessary so Israel can continue being the most morally upright nation in the world.

The Israeli participants really did not like watching the videos, becoming angry and uncomfortable. But when the researchers made the participants watch the videos over a period of several months, something astonishing happened. The paradoxical intervention group reported a 30% increase in their willingness to reevaluate their position on the Israeli-Palestinian conflict, accepted more responsibility for Israel's role in it and even were less likely to blame Palestinians. When the 2013 elections rolled around, some were even more likely to vote for more moderate, peace-oriented parties.

The Israelis were reluctant to admit it, but it looks like watching the videos caused them to rethink their opinions. Wow.

Could this be the secret to world peace? The researchers identified a few major drawbacks. First, the videos are so unpleasant that people essentially need to be forced to watch them.

The second is that it could backfire big time. Some of the participants ended up taking the videos seriously, integrating the extreme viewpoints into their own. Equally as troubling is the possibility that paradoxical methods could be used to create more effective propaganda.

Finally, the technique is fundamentally dishonest because it relies on the participants not knowing what's happening. While paradoxical interventions only work because those being tricked come to new conclusions on their own, that doesn't change the fact that they're highly effective deceptions. The researchers believe it could be used as a tool for nonviolence, but whether or not you can lie your way into peace is an open question with just as many ethical considerations as practical ones.

But maybe you could find ways to use it to resolve other entrenched conflicts, like getting your roommate to do the damn dishes for once.

On a related note, I'd like to point out that Starship Troopers figured this out 17 years ago: