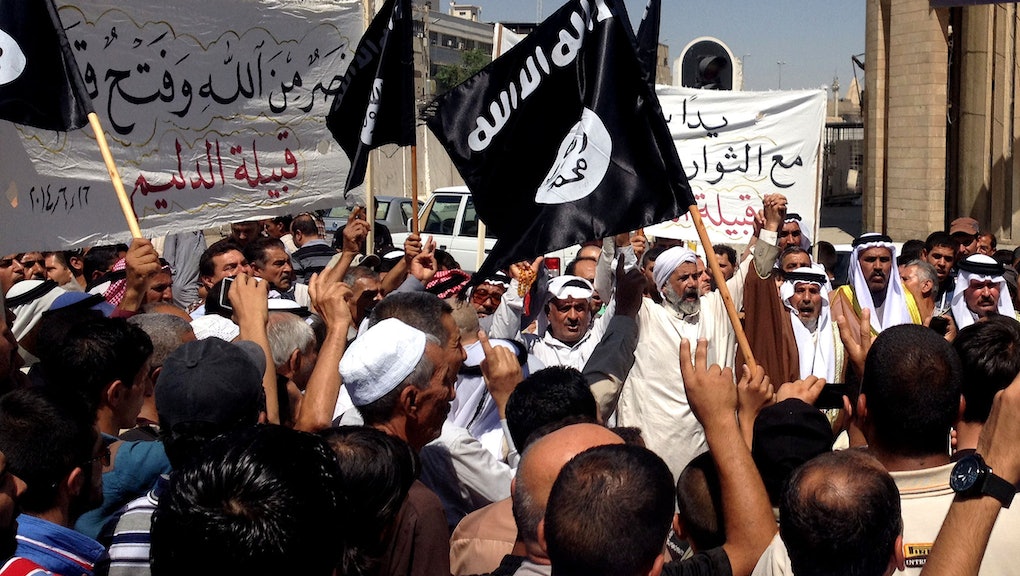 Why the West Loves Fake Stories About Jihadists Repressing Women

Ever since Islamic State (IS) captured Mosul in June, we've seen a steady stream of horrifying headlines about violence, discrimination and extreme brutality.

The scenes from Mosul, Iraq's second largest city, have been troubling: So far, the group has forced the city's ancient Christian community to flee, blown up the ancient shrines of prophets Younis (Jonah) and Daniel, set stores selling liquor ablaze and ordered several disciminatory policies and vicious laws.

With its already distressing track record for brutality, it's hard to understand the impulse to fabricate stories about the group.

One shocking story that made its round online this week alleged that the group issued a fatwa ordering women to undergo female genital mutiliation.

The story, first reported by the Guardian on Thursday, managed to go viral, sparking outrage globally.

The story came after Jacqueline Badcock, the UN's deputy humanitarian coordinator in Iraq, told a group of reporters that up to four million women and girls aged 11-46 now face risk of undergoing the procedure, thanks to a fatwa allegedly issued by the group.

But it turns out that the fatwa in question was actually a hoax: First reported by a Kurdish website, BasNews, it was eventually revealed that the so-called fatwa was a long discredited fatwa from July 2013, supposedly issued in Aleppo, Syria.

While mistakes in journalism are a part of the industry — especially in hard-to-verify, conflict regions — this kind of "knee-jerk journalism" when it comes to stories involving Muslims, sex and jihadism does say a lot about the Western media and readers' fascination and desire to gawk at any and all news about sexual repression and oppression of women.

"Predisposed ideas and conceptions of Muslims and of gender relations in the Muslim world and Muslim countries make it easy for sloppy and reactionary journalism to gain momentum," writes Sana Saeed, Senior Editor for islawmix. "They love to publish it, and we love to read it. There's something wrong with this equation, but we still continue to gobble it up every time it's thrown in our collectively gawking face."

It also highlight's the West's fascination and age-old obsession with "taking a peek into the harem," and trying to learn, understand and sometimes even liberate these seemingly oppressed Muslim women.

Islamic State is already responsible for horrible things occuring in Iraq and Syria including the destruction of lives, property, historic monuments and communities in Iraq and Syria without having these fake stories deviating from what's really happening on the ground.

The reactionary response to these stories that are unverified by people on the ground and come without cautionary language speaks to the Western media's craving for more clicks and the audience's appetite for outrageous, oppressive stories that elicit strong emotional responses.

There is a crisis raging in Mosul that deserves and demand our attention, outrage and swift action, and these fictional, stereotype-laden reports do nothing but distract us from the real fight at hand.