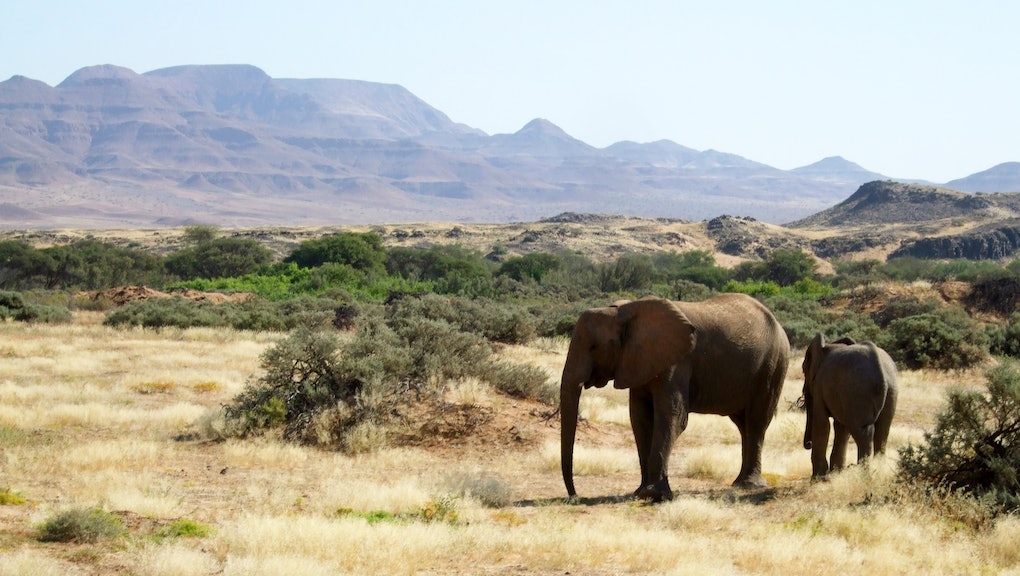 One day, you may be taking your grandkids to a natural history museum. As you pass through the extinct animal wing, they'll look up at you and say, "Were you around when elephants were alive?"

The Earth has had five mass extinction events so far, and scientists are worried we're at the beginning of the sixth. There's a big difference between this one and the previous ones — while they were all the result of natural planetary shifts or massive asteroid strikes, this one seems to be in large part man-made thanks to human-generated climate change and habitat destruction. That's coming from an international team of scientists in a new study published in Science magazine.

This is bad news for much of Earth's megafauna, which includes well-known zoo staples like elephants, rhinos and polar bears. This kind of extinction event can lead to lasting ill effects on our ecosystem and our economy.

The data: As far as scientists can tell, there has never been more biodiversity than there is right now. That's the good news. The bad news is that more than 320 terrestrial vertebrates have gone extinct since 1500, and the species that remain have seen a 25% average decline in abundance.

Anywhere from 16% to 33% of all vertebrate species are threatened or endangered, according to the study. Large animals, who tend to have fewer offspring, require bigger habitats and eat much more food. As a result, they have the highest rates of decline. That's a pattern that matches the previous mass extinctions.

Why it's bad for us: When big animals disappear, the number of rodents doubles, according to the study — and the abundance of harmful parasites they carry doubles, too.

"Where human density is high, you get high rates of defaunation, high incidence of rodents, and thus high levels of pathogens, which increases the risks of disease transmission," Ridolfo Dirzo, the study's lead author and a professor at Stanford, told Science Daily. "Who would have thought that just defaunation would have all these dramatic consequences? But it can be a vicious circle."

Losing our tiny creatures is just as bad. The number of invertebrates, like beetles, spiders and worms, has dropped 45% over the past 35 years, while the human population has doubled. You might only think about insects when they ruin your picnic, but they actually account for three-quarters of the world's food crops, according to the study. That's not all our animal friends do — the value of pest control by native species is worth $4.5 billion a year in the U.S.

So if you're hoping to avoid a rat-ridden wasteland where corn is treated like gold, take some environmentally friendly steps to keep animal species alive and well. They need us as much as we need them.