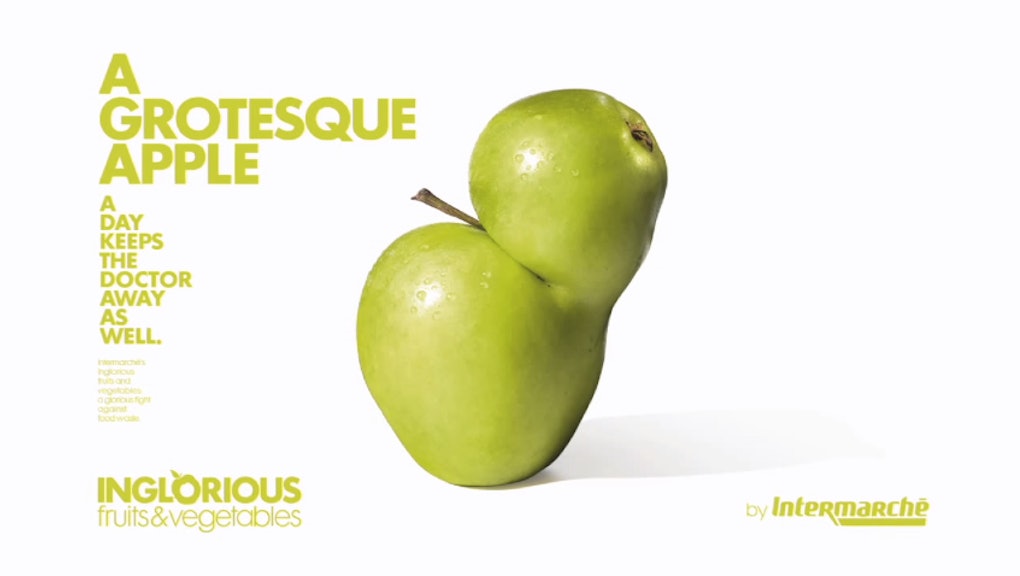 They're the castoffs, the misfits, the pathetic ones — and they might just save the world.

No, not eccentric geniuses or people in an Apple commercial. We're talking about the carrots, mangoes and potatoes that everyone's throwing away because they don't look quite right.

While it's recommended that you get five servings of fruits and vegetables a day, that can be difficult for a family struggling with finances. Despite that, 1.3 billion tons of food (one-third of all food produced!) gets lost or goes to waste, according to the UN.

Intermarché, a grocery store chain in France, came up with a novel solution. They bought all the ugly, misshapen fruits and veggies that farms usually toss out and set them up in their own aisle. The results? See for yourself:

How it works: Let's be real, if you saw one of those apples or oranges in the store next to some perfectly good-looking ones, you would avoid them like the plague. Intermarché solved that problem by giving the ugly fruits and vegetables their own specially marked aisle.

And if that weren't enough, they had samples. One taste of orange juice taken from the misfit harvest can prove to shoppers that those oranges aren't as freaky to taste as they are to look at. (It also helped that they were 30% cheaper.)

Despite the discount, it apparently paid off for Intermarché. Participating stores sold an average of 1.2 tons of the reclaimed produce during the first two days of the promotion, while store traffic increased by 24%, according to the company.

Going hungry: Starvation and food insecurity are not just problems in the developing world. In the U.S. in 2012, 49 million Americans lived in food-insecure households, including nearly 16 million children.

That trend can get even worse depending on the state. In Mississippi, for instance, more than 1 in 5 households are food insecure. Arkansas and Texas aren't too far behind, at 19.7% and 18.4% respectively.

Worldwide, according to the UN, there are 842 million people who suffer from chronic hunger. More available fruits and vegetables means healthier diets the world over, and we're wasting enough already. So find a place in your heart — and in your stomach — for those malformed monstrosities.