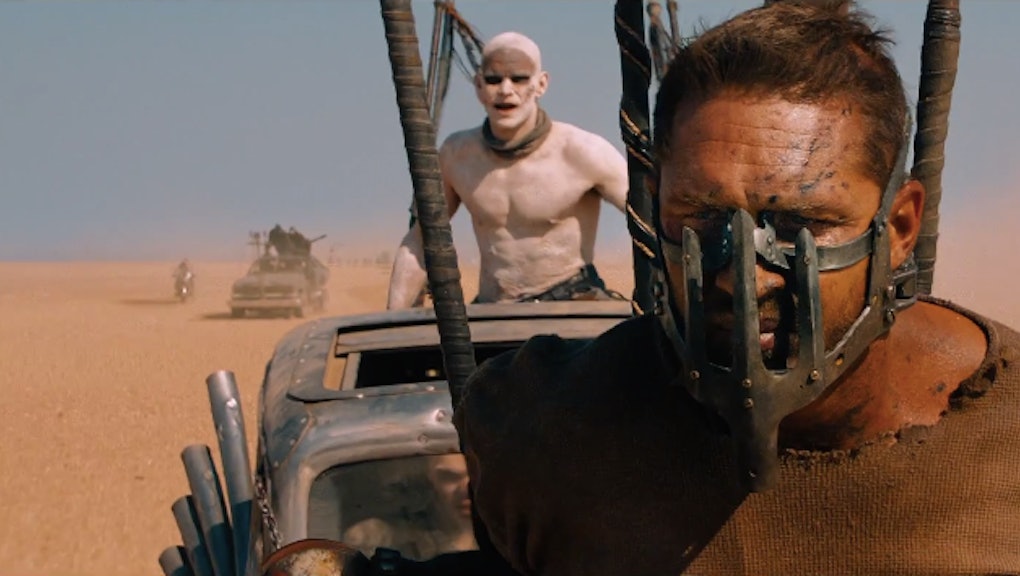 The news: On Saturday, San Diego Comic Con-goers got the first look at the trailer for Mad Max: Fury Road, and on Sunday the first trailer was officially released for everyone else.

Fury Road tells the story of an apocalyptic desert wasteland where everyone is constantly fighting for basic necessities. Two rebels, Max (played by Tom Hardy) and Imperator Furiosa (played by Charlize Theron), are the only hope to restore order.

The footage gives a sparse glimpse into what the film entails. It is heavy on the action sequences, but light on dialogue. At the Comic Con panel, it was revealed that the film was shot without a traditional screenplay and was based off a visual storyboard, which likely was a factor in the film's limited dialogue and heavy reliance on visuals.

The reboot was shot in 2012, but had several issues when it exceeded the budget during filming in Africa, which also led to post-production delays. But director George Miller is hoping to infuse new blood and attract a new audience to the franchise, saying that it is a "105-minute chase scene through the wasteland," featuring lots of gore and destruction.

Fans will have to wait until 2015 for this darker version to hit theaters, but that hasn't stopped Twitter from erupting in reactions for the highly anticipated film.

As Miller goes into the final editing process, the outpouring of support is a good sign. If the film meets the expectations laid out by the trailer, the Mad Max franchise could go into the Hollywood history books as a cult film, just like the original.