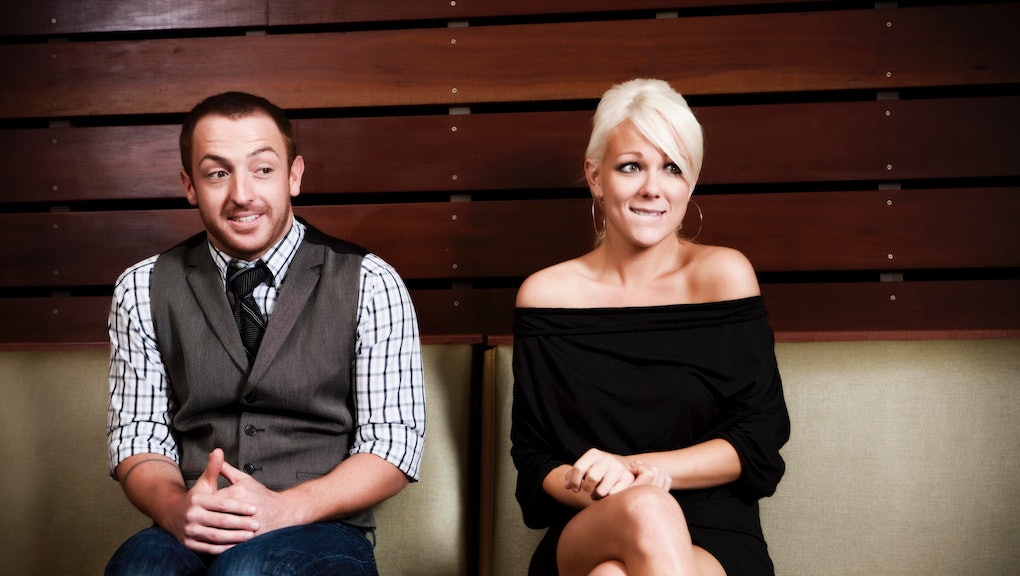 Nice Guys Really Do Finish Last, According to Science

The news: A new paper in Personality and Social Psychology Bulletin has shed some light on that age-old adage "nice guys finish last." Apparently it's true: Women may initially find nice men less attractive... but not for the reason you think.

Basically, the scientists' finding suggests that being too nice, too soon may come across as off-putting and creepy.

The research: An interdisciplinary team of researchers from three institutions took 112 undergraduate volunteers and split them into even pools of participants.

The opposite-gender students interacted online, where one side either empathized with or shrugged off a recent problem in the life of the other. Then the students self-reported how attractive they found each other.

In multiple studies, the researchers found that men found a more responsive (or empathetic) female more attractive, but it didn't do the same thing for women. Instead, they actually noticed a small but measurable decrease in how attractive the women found the more responsive men. The team ultimately determined that the effect was highly contextual.

According to study lead Gurit Birnbaum:

What you should (and shouldn't) take away: A random sampling of undergraduates probably isn't representative of the human population, and the study's approach to gender roles was pretty conservative. It also could encourage an unfortunate view of relationships as manipulative or transactional, which would probably be a pretty unattractive approach to dating anyhow. So take the results with a grain of salt.

But the research provides evidence that women may be slightly suspicious of nice strangers. That's hardly surprising if the women in the study suspected all that eagerness to connect was just a way to get into their pants, because duh. (For the record, eagerness can be poorly interpreted in other contexts like job interviews or stranger danger.)

Even though the study's researchers emphasized that responsiveness is very important in maintaining attraction over time, suggesting that nice guys are probably more likely to have productive and stable relationships, being overly concerned in the beginning may inadvertently make women suspicious of some men's genuinely benevolent intentions.

So, if you're a nice guy having a hard time finding that dream lady, just be slightly less invested at first. You'll thank me later.