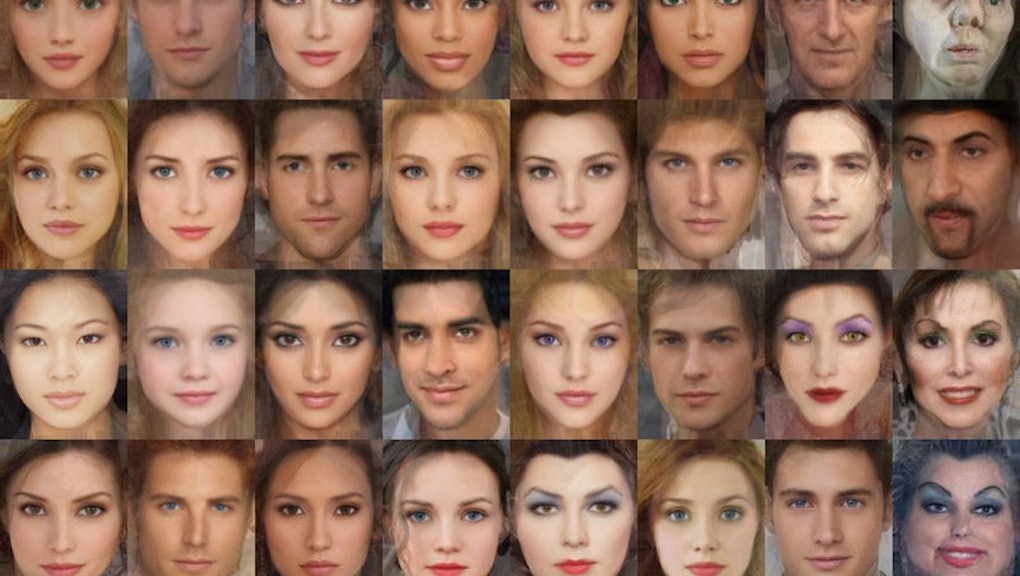 What Famous Disney Characters Would Look Like in Real Life

The news: Ever wondered what your favorite Disney characters would look like as real people? Thanks to Deviantart artist Karen Graw, you don't have to just wonder anymore.

Graw translated some of Disney's most famous animated leads into composite photos and the results are pretty damn good. Here's how Graw describes the project on her Deviantart submission:

"These are what Disney characters would look like if they were real. Lots of references (see if you can spot some famous features). Lots of manipulations and perfecting until I got the right features and made them real enough looking. "If some don't look exactly like the characters, well cut me some slack, there's not a lot of people out there that look like some of the more ridiculously proportioned Disney characters (Hercules, Cruella, villains etc). Also, I made them as realistic as possible. See if you can guess who is who ..."

Imperative Ideas' Ian Armstrong set up an interactive version of the project here, which allows you to flip over the characters to see their animated equivalents. But the list is below for your enjoyment as well.

How do you think they turned out? Honestly, most of these look spot on and Graw impressively managed to translate even the "ridiculously proportioned" Disney characters into pretty recognizable faces. A few are a little lackluster: In particular, Gaston looks more like he waltzed out of a casting session for Twilight than from slamming back a couple dozen pints at the local tavern. Others are perfect, like Frollo and Cruella de Vil.

There are two downsides, however. One is that Graw somehow made the characters look even less diverse (Tiana, Jasmine and Pocahontas all seem to have gotten a little whiter). Another is that most of the new portraits look a little like romance novel characters. But both of these probably have as much to do with Disney's history of white-washing as it does with the characters themselves.