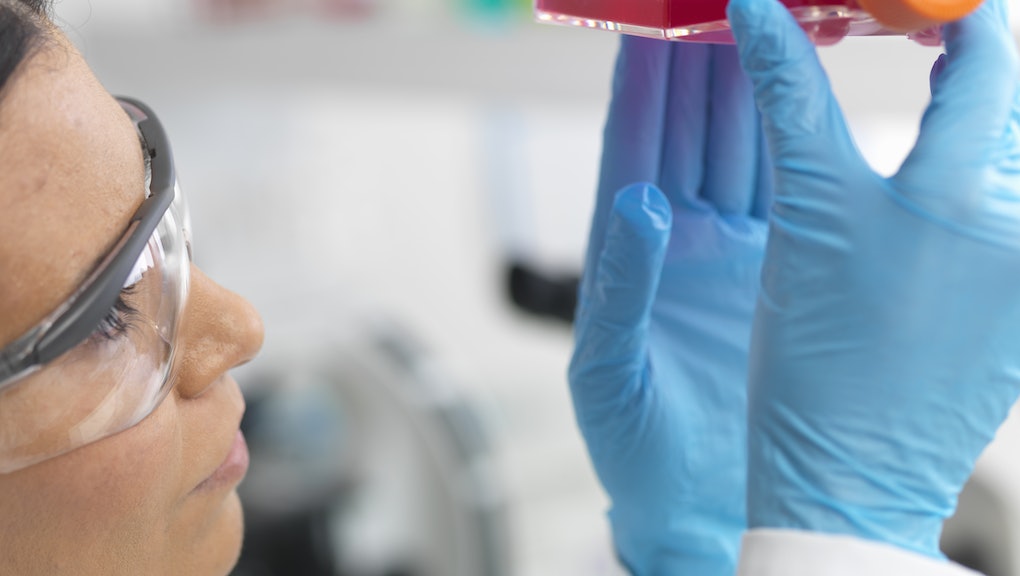 Scientists Have Discovered a Groundbreaking New Technique to Detect Cancer

The news: It looks like there's been a major breakthrough in cancer research. University of Bradford researchers have developed a potentially revolutionary new blood test that may eventually detect many forms of cancer well before patients develop symptoms.

Notably, the test was able to detect differences in cells taken from patients with cancerous as well as precancerous conditions, suggesting that it could possibly identify patients at near-term risk of developing cancer.

The most important part of the test is that it doesn't require an invasive and expensive biopsy, which can carry its own risks in some cases. Since doctors are reluctant to order a biopsy until they have reason to suspect something is wrong, a non-invasive test able to detect cancer early is something of a Holy Grail in cancer research.

The science: Called the Lymphocyte Genome Sensitivity (LGS) test, the new procedure finds cancer by measuring the level of damage done to white blood cell DNA after it has been exposed to varying intensities of UV light. White blood cells taken from cancer and precancer patients showed significantly more damage than similar samples drawn from healthy ones.

The researchers behind the pilot study, which was been published in The FASEB Journal, emphasize that the new procedure is still experimental, has been tested among a very limited sample and has only been demonstrated to work on three different types of cancer (one of which only four patients had). The test could end up being significantly less effective or reliable than existing ones.

But so far the results are "remarkable," says lead scientist Dr. Diana Anderson, and if the test is all it's cracked up to be, it could potentially be used as an early-detection method to find some well-hidden cancers. She explains that the study's results were so statistically significant that "the possibility of of these results happening by chance is 1 in 1000. We believe that this confirms the test's potential as a diagnostic tool."

However, Cancer Research UK science information manager Dr. Anthea Martin cautioned the BBC that developing the test further would require large-scale testing and that "there are still a lot of unanswered questions." Another professor interviewed by the BBC, cancer genetics specialist Shirley Hodgson, was skeptical, saying that the testing should precede the excitement.

Why you should care: American Cancer Society statistics show that many people aren't getting recommended cancer screenings when they should, despite high rates of preventable cancers. Meanwhile, the odds of survival go way up when they're found early:

Anything that could help detect cancer while it's still local is a good thing. An effective, non-invasive test that could detect pre-cancerous conditions would be nothing short of revolutionary. Massive testing is required before we know whether this one is a winner or another loser, but if we're really lucky, LGS testing could be a step forward. For now, the test is headed to Bradford Royal Infirmary to see whether it can be used to predict which patients suspected of colorectal cancer would benefit from a colonoscopy.