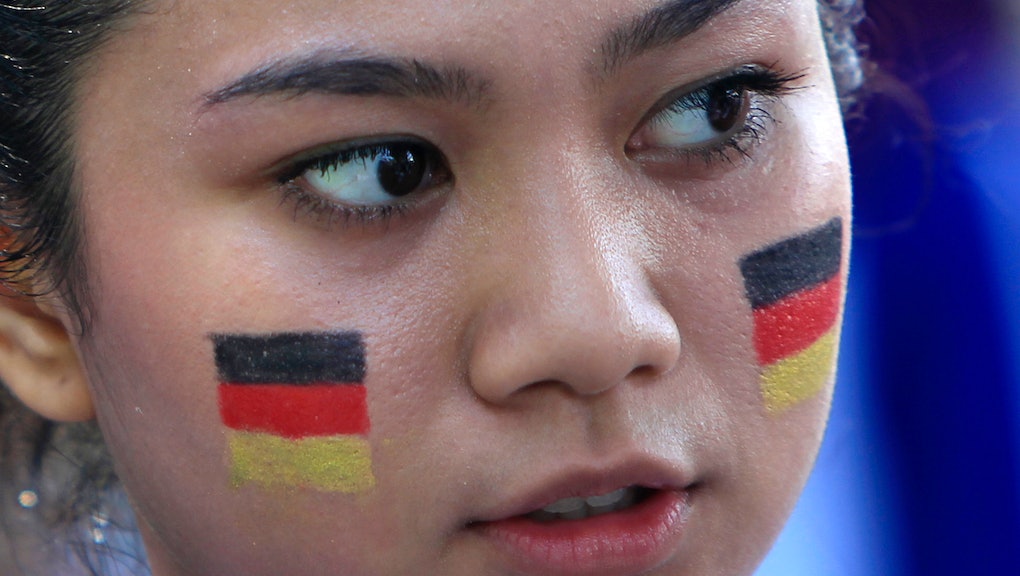 Germany Has the Immigration Policy That America Can Only Dream Of

In the last couple of years, both liberal and conservative voices have slammed Obama for his immigration policy as he has struggled to manage the political and social impact of the United States' 12 million immigrants.

But not all nations consider immigration something to struggle with and against. Last year, German Chancellor Angela Merkel told European leaders, "Germany today is a country that is indeed very open to immigration."

The central European country has a progressive attitude toward immigration that the United States should take note of. Rather than viewing immigrants a threat, Germany has opened its doors to them.

Germany is Europe's largest economy. Many considered it an anchor during the financial crisis. It is bordered by the Netherlands, Belgium, Luxembourg, Switzerland, Austria, the Czech Republic, Poland and Denmark. And it's turning that central position to its advantage.

In 2013 Germany launched the Blue Card system, which gives free access to the university educated to move to Germany with a job offer paying a minimum of $50,000 a year. This builds upon the European Union's free movement of labor to open Germany up to non-EU citizens as well. As a result, the average German immigrant is better educated and more skilled than the average German.

This is very different from the United States. There, most immigrant workers end up in the service industry, earning on average $160 a week less than American-born workers. This contributes to tension between immigrant and U.S.-born workers.

As anti-immigrant rhetoric blazes across Britain, France and Greece in the wake of the financial crisis, Germany has realized that welcoming immigrants could save, rather than destroy, their workforce. (This is not to say many Germans haven't inherited racism, however.)

Germany has a stagnant birthrate. Its 2011 census shows a population decrease of 1.5 million people in the last 30 years. By 2030, the government predicts a 2.3 million worker gap in the German labor force. Germany is known for manufacturing and exporting goods, but not necessarily for being a hotbed of tech and innovation. By courting talented workers from other countries, Germany is ensuring it has a robust, innovative workforce for the coming decades.

It is also responding to a crisis in unemployment within Europe. When the German government launched a program last year that offers vocational training to unemployed Europeans between the ages of 18 and 35, they had such overwhelming interest that they stopped taking new applicants in April. Youth unemployment hit nearly 60% in Spain this year and 57% in Greece last year, and Germany is offering a lifeline to its neighbors.

Immigrants are will be influential voting group in the 2016 presidential election, and it's in U.S. legislators' own interests to consider the success of Germany's policies of welcoming workers. Immigration will continue to be a definitive part of American life, but Germany's example proves it is nothing to be afraid of.