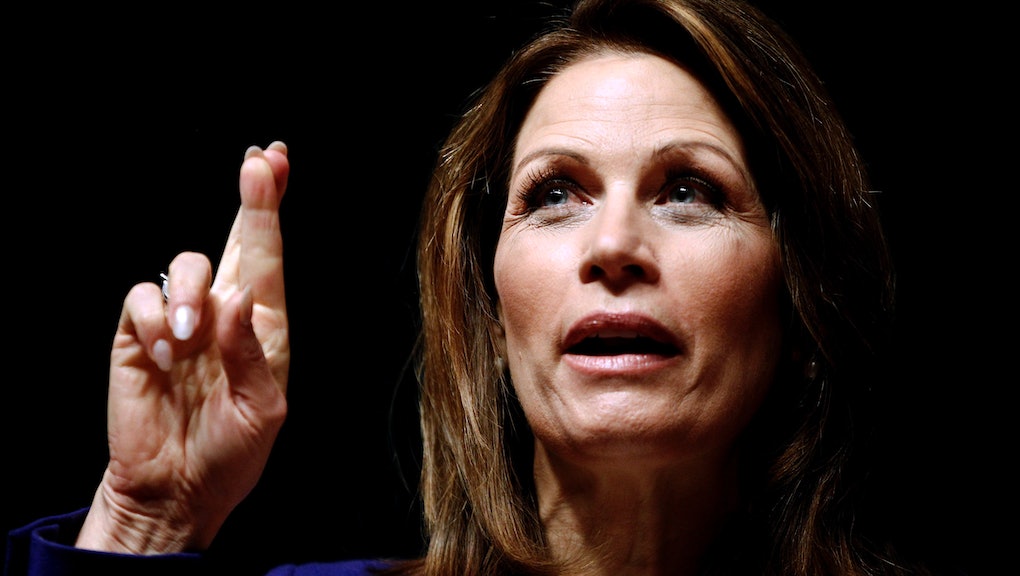 Psychologists Discover the Striking Difference Between Conservative and Liberal Brains

The news: Are conservatives and liberals really all that different? New scientific research says they are, and it's all in their heads.

A growing consensus is emerging among political scientists and psychologists that differences between liberal and conservative ideology may actually be hardwired in our brains. Recent research from political scientist John Hibbing at the University of Nebraska and colleagues published in Behavioral and Brain Sciences argue that right-wingers possess what's called a strong "negativity bias," or physiological fixation on negative stimuli in their environments.

According to the study, conservatives have a more threat-oriented and reactionary mindset than liberals. If true, then differences between left and right may be just as physiological as they are psychological.

The studies: Hibbings and his colleagues published a comprehensive review of the evidence for their approach in the journal and invited feedback from 26 individual scholars or teams. Here are some of their findings:

- Evidence showing that the Big Five personality traits (conscientiousness, agreeableness, openness to new experiences, extraversion and emotional stability) are correlated with political orientation. Specifically, liberals tend to score higher on experiential openness while conservatives tend to be strongly conscientious. Other evidence links politeness with conservatism and empathy with liberalism. Hibbings says these findings might indicate that liberals and conservatives "construct and occupy different individual and social environments."

- Conservatives have stronger implicit attachment to traditional values and are more likely to see the world in strongly defined categories.

- A dramatic 2008 paper by Douglas R. Oxley that found contemporary American political conservatives react much more quickly and defensively to threatening stimuli. Those stimuli included "a very large spider on the face of a frightened person, a dazed individual with a bloody face, and an open wound with maggots in it."

What does this all mean? The researchers stopped short of saying that conservatives and liberals have fundamentally different kinds of brains and admit ideology is far too messy to categorize into neat labels. But they are confident there's a link between strong negativity biases and political conservatism and that both are associated with a wide range of subconscious, psychological and possibly neurological factors. Tellingly, just three of the 26 responses by critics rejected the idea entirely.

A "negativity bias" may sound like a bad thing, but Hibbings and his team noted it's associated with higher levels of satisfaction and life happiness. But Salon's Paul Rosenberg noted that the study shows conservatism is clearly unsuited for the modern era and its "negatives clearly seem to be growing beyond all control."

Hibbing is more optimistic, arguing that by acknowledging the cognitive factors involved in the formation of our ideologies, we can move towards a more realistic and functional form of politics.

More realistic and functional politics? Wouldn't that be nice.