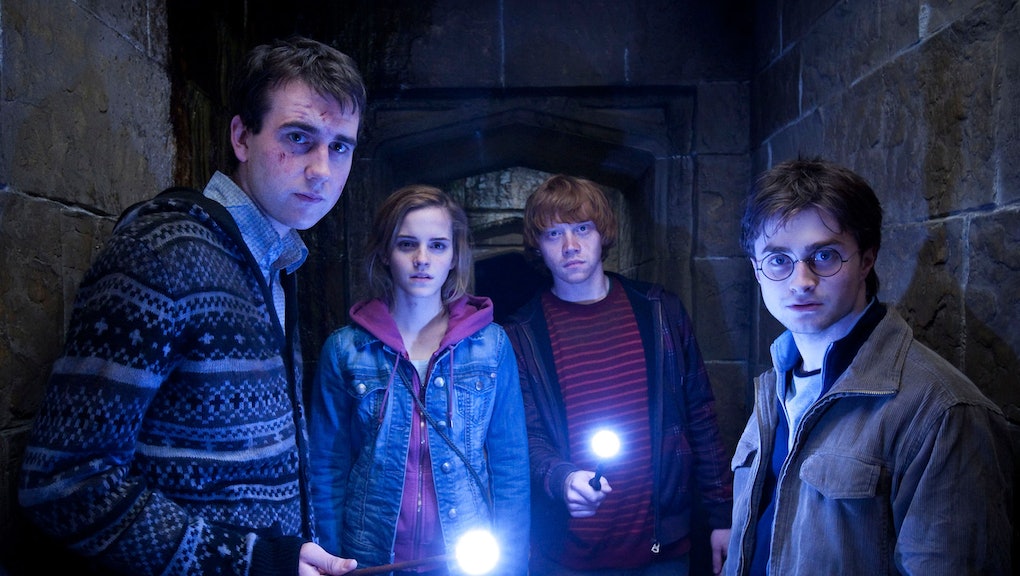 The news: Harry Potter's greatest feat might not have been defeating Voldemort, but teaching young people around the world to battle prejudice. At least that's the finding of a new paper in the Journal of Applied Social Psychology, which claims reading the Harry Potter series significantly improved young peoples' perception of stigmatized groups like immigrants, homosexuals or refugees.

The studies: The Pacific Standard broke down the three studies used in this paper.

The first took 34 Italian fifth-graders and plunged them into a six-week course on Potter. The researchers began by having the students fill out a questionnaire on immigrants, and then split them into two groups which read selected passages from the series. The students in the first group discussed prejudice and bigotry as themes in the books, while the others didn't, serving as a control group. The students in the first group showed "improved attitudes towards immigrants," but only if they identified with Potter.

A second study with 117 Italian high school students found that a reader's emotional identification with Harry was associated with more positive perceptions of LGBT people in general. A third, which surveyed U.K. college students, ultimately found no association between an emotional bond with Harry and perceptions of refugees. But it did indicate that students who had less of an emotional identification with Voldemort had "improved attitudes toward refugees."

In all three studies, the researchers credited the books with improving the readers' ability to assume the perspective of marginalized groups. They also claimed that young children, with the help of a teacher, were able to understand that Harry's frequent support of "mudbloods" was an allegory towards bigotry in real-life society.

Why you should care: It's impossible to rule out that there were inevitably other factors at work beyond the scope of the study, but if you're a Harry Potter fan, this is wonderful news. It provides some experimental backing for J.K. Rowling's opinion that, "The Potter books in general are a prolonged argument for tolerance, a prolonged plea for an end to bigotry."

More importantly, it shows that conveying messages of tolerance through literature actually works. Potter's journey of self-discovery, then, might some day be immortalized in projects that aim to teach tolerance to young children.