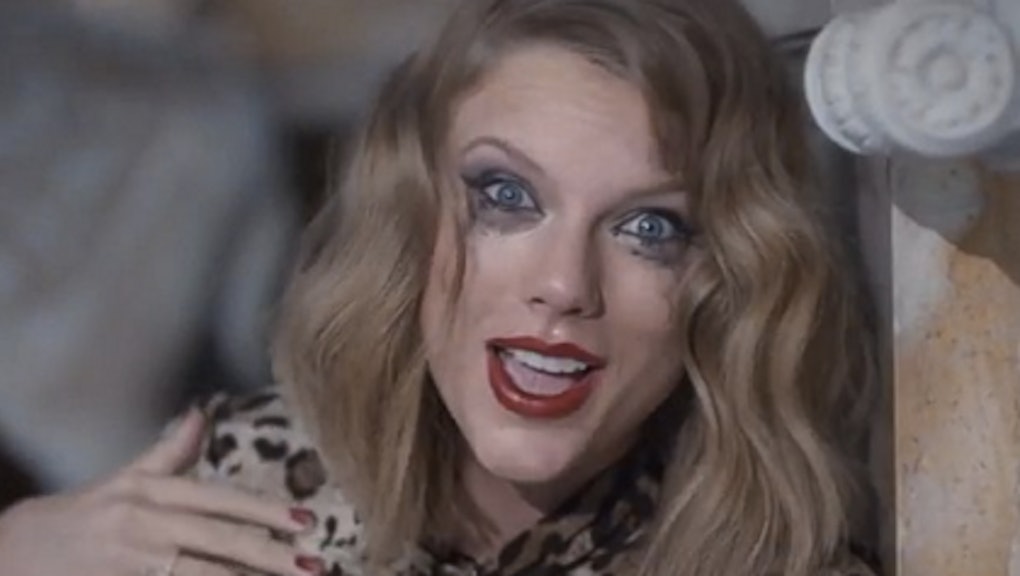 Two summers ago, it was "Blurred Lines." This summer it was "Fancy." These days, it's "Blank Space" by Taylor Swift. Every year, there's a new song that we all hate until we don't anymore (see: playcounts). And it turns out that's because we were brainwashed to like them.

Research suggests that repeated exposure is a much more surefire way of getting the general public to like a song than writing one that suits their taste. Based on an fMRI study in 2011, we now know that the emotional centers of the brain — including the reward centers — are more active when people hear songs they've been played before. In fact, those brain areas are more active even than when people hear unfamiliar songs that are far better fits with their musical taste.

This happens more often than you might think. After a couple dozen unintentional listens, many of us may find ourselves changing our initial opinions about a song — eventually admitting that, really, Katy Perry's "Dark Horse" isn't as awful as it sounds. PBS' Idea Channel's Mike Rugnetta explains, it's akin to a musical "Stockholm syndrome," a term used originally by criminologist Nils Bejerot to describe a phenomenon in which victims of kidnapping may begin to sympathize with their captors over time.

Most people assume that they hear a song everywhere because it's popular. That's not the case — a song is popular because it's played everywhere. It is technically illegal for major labels to pay radio stations directly to play certain songs, but that doesn't mean it doesn't happen. The phenomenon is called "payola" (an amalgam of the words pay and Victrola), and it was rampant in the 1960s up through the '80s, during which period the music industry was literally run by the mob. It still happens today, even though it isn't as blatant. Labels pay independent promoters to "incentivize" radio stations to play their music, or create program caps to make sure a song gets enough plays to have its effect. There's real neuroscience behind the strategy: If you hear something enough, you'll start to like it.

That Stockholm effect happens with culture, too. The scientific term for this phenomenon is the "mere exposure effect," discovered in the '60s by Robert Zajonc, and it can apply to anything — images, shapes, songs or people. In his study, participants reported liking songs more the second and third times they were exposed to them. This same response occurred even when participants weren't aware of any previous exposure. It seems then that people can easily mistake the fluidity of their ability to identify and fully comprehend a song with actually liking it. So once a song gets stuck in your head it may quickly transition from being irritating to being beloved. A good example of this is the inexplicable popularity of ear worms like the Black Eyed Peas' truly heinous "I Gotta Feeling."

Other scientific factors matter just as much, though. The context in which you hear a song is often just as important as the qualities of the song itself in communicating meaning, and the more times it's forced upon us the more opportunities we have to make positive associations. If someone hears Ariana Grande's smash hit "Problem" every time they're out with their friends, they will likely start to associate it with good times and good feelings regardless of the song's actual lyrics. Songs that the industry foists upon us constantly, then, have a far better shot at becoming popular than ones without the machine behind them.

Ultimately, we have way less of an idea of why we like the things we do. Numerous social and cognitive factors make it very easy for the pop music industry to gather an audience for artists they decide are worth promoting, and once we've been initiated to those artists, there's no turning back. The industry knows that well, and they manipulate it constantly. But even amidst all that science and big business maneuvering, there's one truth: If you play a really bad song too much, people will still figure it out for themselves.