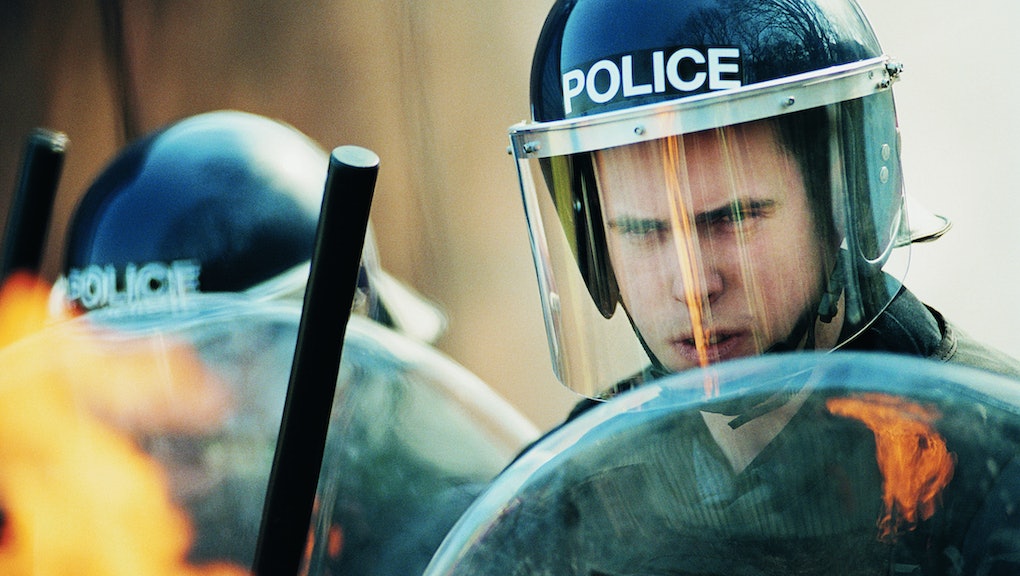 During the mid-2000s, fundamentalist, anti-gay Christians wailed about the "gathering storm" of gay marriage, even after scoring a significant victory when Proposition 8 passed. Lucky for us, so much has changed since those perilous years, especially given last summer's historic Supreme Court rulings, even if we're not completely out of the woods yet.

But the veritable downpouring of "gay" across America didn't bring about the inevitable wasteland we were warned would come by the conservative, now did it?

Looking back on the last decade since President George W. Bush began driving state ballot initiatives against same-sex marriage, that so-called storm warning may have very well been a false alarm. Did your children all get molested by gay people? Have pedophiles and heathens taken over the government? No? Oh, thank heaven.

Currently, 19 states plus the District of Columbia have legal gay marriage. But 31 states have gay marriage bans, although 12 of those states have appeals in progress. A May 2014 Gallup poll showed national support for same-sex marriage at an all time high of 55%.

Yet beyond the migrant children crisis enabled in large part by a proviso in the Bush-era law "William Wilberforce Trafficking Victims Protection Reauthorization Act of 2008," as well as the mass shootings by blue-balled white male teenagers, life in America has not been upended by the legalization of gay marriage in the aforementioned states.

In fact, gay marriage has actually been lucrative for business. That's because, as with many heterosexual marriages, these wedding ceremonies cost thousands upon thousands of dollars — money that states with marriage bans can't factor into their economies.

One could say that these states yet to legalize same-sex marriage are still trying to still avoid that fabled "gathering storm." But perhaps they should embrace a "gaythering" storm instead — one that could translate into beaucoup dollar signs.

But the outlook remains bleak for states who waste taxpayer time and money enforcing bigotry rather than marriage equality.

Texas, for example, has been losing an estimated $181.6 million a year by maintaining its ban on same-sex marriage. Other states that ban same-sex marriage are losing out as well: Over a three-year span, Nevada loses between $23-$53 million, Arizona $61.9 million, and Indiana $39 million.

In declaring Kentucky's state marriage ban unconstitutional, federal judge John Heyburn not only pointed out the economic benefits of legalizing same-sex marriage, he beautifully explained how gay people getting married had no direct or indirect effect on straight marriage:

So don't be afraid, straight people. LGBT people who want to get married just want to integrate themselves into the structure of your society. The storm you see gathering is not one of choreographed gay people who will force you, too, to get "gay" married.

It's probably just a toxic cloud of bigotry still somehow swirling in the air. But perhaps you should try tasting the rainbow instead.