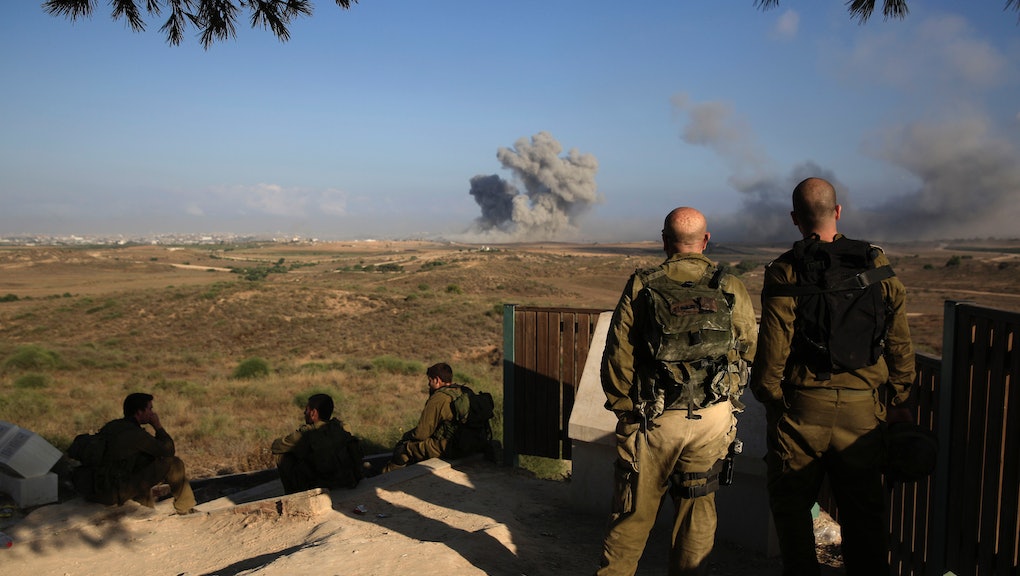 Bolivia Declares That Israel Is No Different Than Iran, Pakistan, and North Korea

The news: In response to Israel's deadly war in Gaza, including an internationally-condemned Israeli attack on a UN refugee center in a Gaza school that killed 15 Palestinian children and women, Bolivia has officially revoked visa exemption agreements with Israel and declared the nation to be a terrorist state.

Basically, that means Bolivia's government now officially views Israel in much the same manner Americans have at times viewed states like Pakistan, Iran, Libya, Saudi Arabia and the Soviet Union: as state sponsors of terrorism.

The AFP reports that President Evo Morales declared, "Israel is not a guarantor of the principles of respect for life and the elementary precepts of rights that govern the peaceful and harmonious coexistence of our international community."

The background: Bolivia cut formal diplomatic relations with Israel in 2009 after Morales called Israeli treatment of Palestinians "state terrorism." Earlier this month, he petitioned the UN to investigate Israel for "crimes against humanity." So this is not a huge surprise, the main effect being that Israelis traveling to Bolivia will experience the additional hassle of obtaining a visa.

Bolivia's move comes as international condemnation of the Israeli invasion of the Gaza Strip is reaching a fever pitch. El Salvador, Peru, Chile, Brazil and Ecuador have recalled their ambassadors. As UN officials insisted that Israel had been repeatedly told that the structure destroyed in Wednesday's attack was being used to shelter refugees from the conflict, UN Secretary-General Ban Ki-moon demanded "accountability and justice" and said the attack was "outrageous and unjustifiable ... Nothing is more shameful than attacking sleeping children," he told the AP.

Israel's relationship with the U.S. appears to have been seriously damaged, but not enough to disrupt bilateral relations. While the White House firmly condemned the shelter attack, it continues to resupply Israel with ammunition. Hareetz's Itamar Rabinovich opines that Israel may nonetheless have to contend with less American support until at least the end of the Obama administration in 2017.

Conversely, Israel's Arab neighbors have been unusually muted in their criticism, perhaps because many of them are using heavy-handed tactics to fight Islamic insurgencies of their own. Their views of Israel, however, remain as abysmal as ever and regional instability may exacerbate Israel's security situation for some time to come. Finally, Turkish Prime Minister Recep Tayyip Erdogan perversely accused Israel of having "surpassed Hitler in barbarism."

Why you should care: This war isn't over yet, but former Israeli Foreign Minister Shlomo Ben-Ami warns that Israel's behavior towards Palestinians is becoming "corrosive" and is fueling a "growing campaign to undermine Israel's legitimacy." When the smoke clears, Bolivia's designation of Israel as a terrorist state will probably matter little — but Israel's decline in world stature may sting a little more.

Israeli leadership seems to have accepted this as the cost of dismantling Hamas. The recent activation of 16,000 Israel Defense Forces reservists suggests that they're willing to double down in the face of pressure to further weaken Hamas, perhaps recognizing the current political climate will make future operations more difficult.