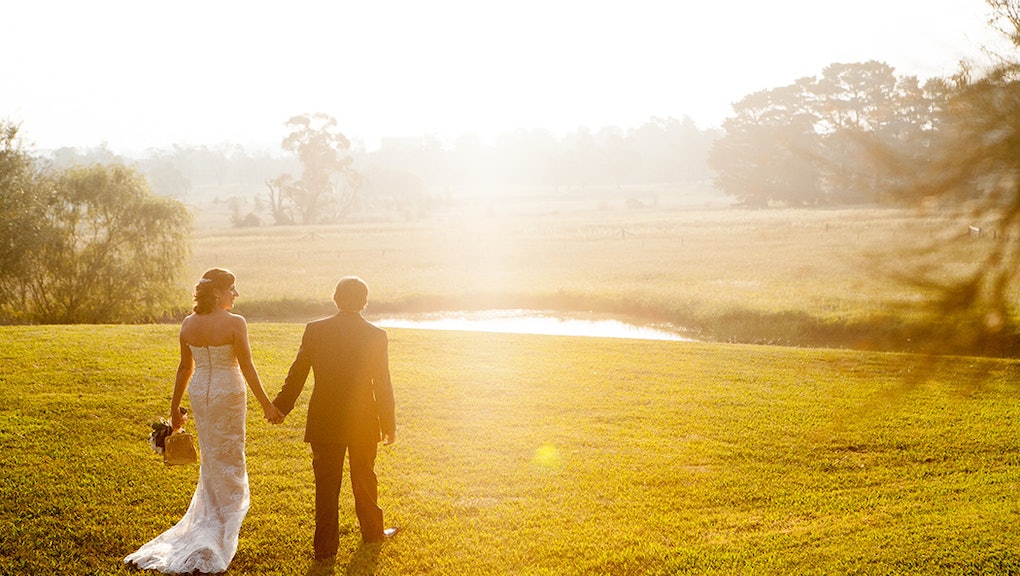 If You're Under the Age of 29, Here's How Long You Could Be Single For

More and more young people will be single at age 40 — and they have their millennial status to thank.

That’s the finding of an Urban Institute study that looked at marriage rates for previous generations and then projected them for younger folks. But don’t start signing up for speed dating just yet, kids — your actual prediction depends a lot on factors other than your age.

Things drop even further for millennials born in 1990. The Urban Institute predicts that just 69% of those women and 65% of those men will be married by 2030.

The reasoning: While some of this is due to changing social and cultural norms — even that Generation X marriage rate is down from 91% of Baby Boomer women who were married at age 40 — the decline for millennials can also be attributed to the recession and still-struggling economy. Marriage is expensive, and so is getting to a point in your life where you feel stable enough to consider it.

“For the millennial generation, there is concern that declines in marriage might be even sharper, because the economic shock of the recession put marriage on hold for many young adults and marriage rates are returning only slowly (if at all) to pre-recession levels,” the study says.

Big differences: But marriage rates aren’t the same across demographics. Thanks to those economic conditions, your education level can have a big impact on your marriage chances before age 40. For college graduates born in 1990, 79% of women and 78% of men are predicted to be married by that point. That’s compared to 63% of women and 59% of men without a degree.

Race is also a big factor in the predictions. Less than half of black millennials will be married by 40, according to the study, compared to more than 70% for white millennials.

The takeaway: The U.S. is going to have to shift to accommodate lower marriage rates, especially when it comes to lower income citizens. That likely means more assistance will be necessary for single parent households. It also means more attention will have to be paid to making sure the marriage gap doesn’t increase income inequality even further.

“In a society divided between the still mostly married ‘haves’ and the increasingly single ‘have-nots,’ policies and safety net programs for poor families and individuals must efficiently target the needs of the unmarried poor without disincentivizing marriage for those among the poor who would still marry,” the study says. “Future marriage trends are likely to make this challenge more difficult.”