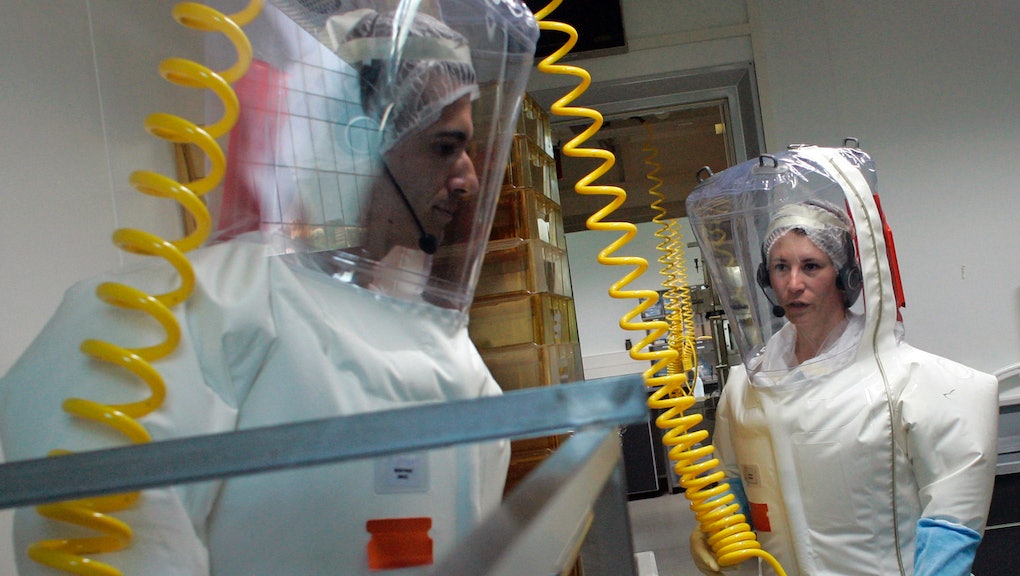 If You Didn't Care About Africa's Ebola Outbreak Before, You Should Now

The news: The United States is expected to receive its first Ebola-infected patient from the current, increasingly deadly outbreak throughout West Africa. The patient will be treated at Atlanta's Emory University hospital.

Officials did not indicate who the patient was, but media outlets report the two likeliest candidates are Dr. Kent Brantly and Nancy Writebol. Both were American charity workers helping to stem the epidemic and were inadvertently infected with the incredibly dangerous disease, which has killed somewhere around 60% of its victims in the current outbreak.

WXIA-TV reports that Emory University Hospital is one of four U.S. hospitals with special isolation wards capable of protecting against the spread of dangerous biohazards. Emory's facility is designed for extreme levels of clinical isolation, such as high efficiency air filters and decontamination safeguards. The patient will be flown using a medical transport plane with sufficient safeguards to insulate onboard medical personnel and crew; the Washington Post reports that the jet is equipped with what's known as an Aeromedical Biological Containment System. Sharp tools including scalpels and syringes are forbidden, while any staff in contact with the Ebola-infected patients will be required to wear biological hazmat (hazardous materials) suits.

What you need to know: There is next to zero risk of Ebola spreading from the patient being moved to the United States to the general population. If doctors are transferring anyone infected with a deadly virus to the U.S., it is an emergency measure intended to save their lives. The chance of medical personnel becoming infected is very low and the chance of the virus spreading to the general population is beneath consideration.

If you're still not convinced, remember that both Americans infected with the virus came into contact with it while attempting to stem the current outbreak in Guinea, Sierra Leone and Liberia, which has claimed over 700 lives. NBC News reports that Dr. Brantly refused a limited dosage of experimental serum and asked it be administered to Writebol instead. Both absolutely deserve the best care possible, even if it means being the first Ebola patients deliberately brought to the U.S.

What's happening in Africa: The symptoms of Ebola virus disease — fever, extreme headaches, malaise, subdermal bleeding and hemorrhage — are often exaggerated in American media. But rare, exteme cases featuring horrific bleeding and mass tissue death are not unheard of. The reasons for ebola's spread have as much to do with terrible public health conditions and constant contact with possible carrier animals in African nations where it originates as the virus itself.

Make no mistake: This is a deadly, virulent disease that needs to be isolated and treated with extreme caution. There is no treatment beyond supportive intensive care. But Ebola spreads through contact with bodily fluids, meaning it has limited infectious potential. It probably poses little threat to anyone living in an area with modern medical and sanitation systems.

Unfortunately, the Ebola infectees being treated in Africa will not have access to the same kind of advanced medical treatment intended to save American patients. Some 1,323 people in total are believed to have been infected with the virus between March and July 27, and the disease is still spreading far beyond local authorities' ability to contain it. All three countries facing the current epidemic have health care spending between $40 and $100 per person annually as well as terrible generalized medical infrastructure. Since this is the first time in recorded history West Africa has come into contact with an Ebola outbreak, many medical personnel have been infected - including Sierra Leone's top doctor on the disease, Sheik Umar Khan, who recently died.