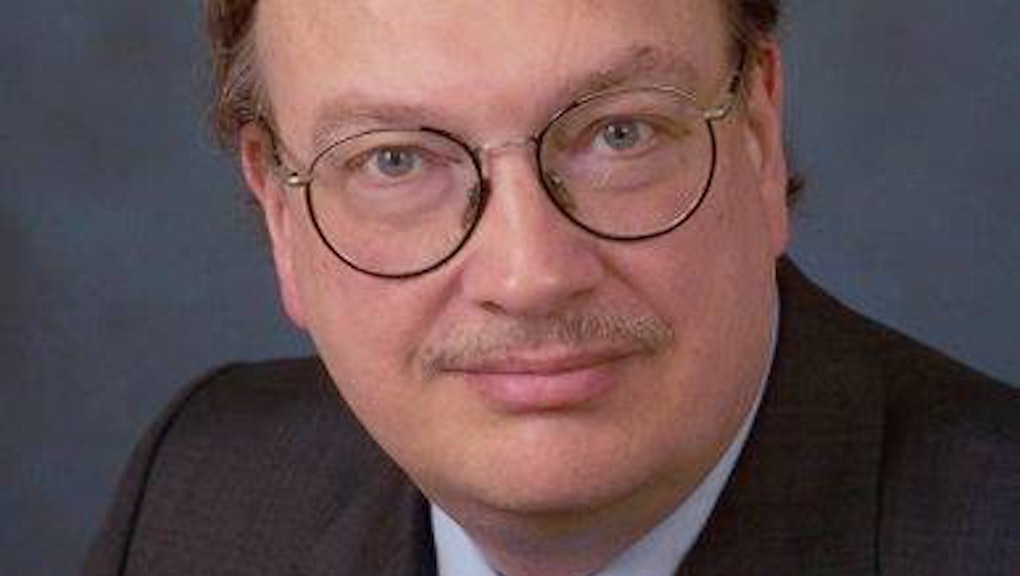 This Utah Teacher Was Fired for the Most Moronically Homophobic Reason

It's a story straight out of the Onion.

Utah ESL educator and blogger Tim Torkildson wrote in his personal blog that he was fired for writing an educational post at the Nomen Global Center in Provo, Utah, about homophones. According to Torkildson, his boss, Clarke Woodger, told him, "I'm letting you go because I can't trust you... This blog about homophones was the last straw. Now our school is going to be associated with homosexuality."

In this case, Woodger's crime is that he doesn't know what a homophone is, which is precisely why Torkildson was doing his job, teaching elements of the English language to international students from all over the world. Indeed, according to the Nomen site, the company's mission is to help "students from all cultures and walks of life to excel in each aspect of their English acquisition and to obtain their goals for the future."

For those of you unfamiliar with homophones — yes, the Latin prefix, found in a number of words, from "homophone" to "homogeneous" to "homosexual," and meaning "same" — homophones are words that sound the same but are spelled differently and have different meanings. Take "lightening" and "lightning" from Weird Al's video, or "too," "two" and "to," or "by," "bye" and "buy."

Torkildson told Newsweek that his lesson on homophones was clearly misconstrued and in no way was meant to promote a "gay agenda."

"[Woodger's] words to me were, 'Some people might think that a blog on homophones has something to do with homosexuality,'" he said. "And that's as far as he went on that. He said he hadn't looked the word up, and then he realized what it was. His objection mainly was he thought the students at the school would not understand. And they would become offended or think the school would have some kind of gay agenda."

The many levels of irony are delicious. Woodger apparently values learning English, and yet, throughout America, the actual learning of the language, of linguistics and of the humanities in general are consistently devalued.

Interestingly, this bizarre incident coincides with Utah's continuing fight to maintain a ban on same-sex marriage in the state. In June, the U.S. 10th Circuit Court of Appeals upheld a decision striking down the state ban in Kitchen v. Herbert, setting the stage for a potential Supreme Court showdown. While same-sex marriage bans have been falling with increasing frequency around the U.S., Woodger's response proves that not everyone is pleased by the nation's arc toward LGBT equality.