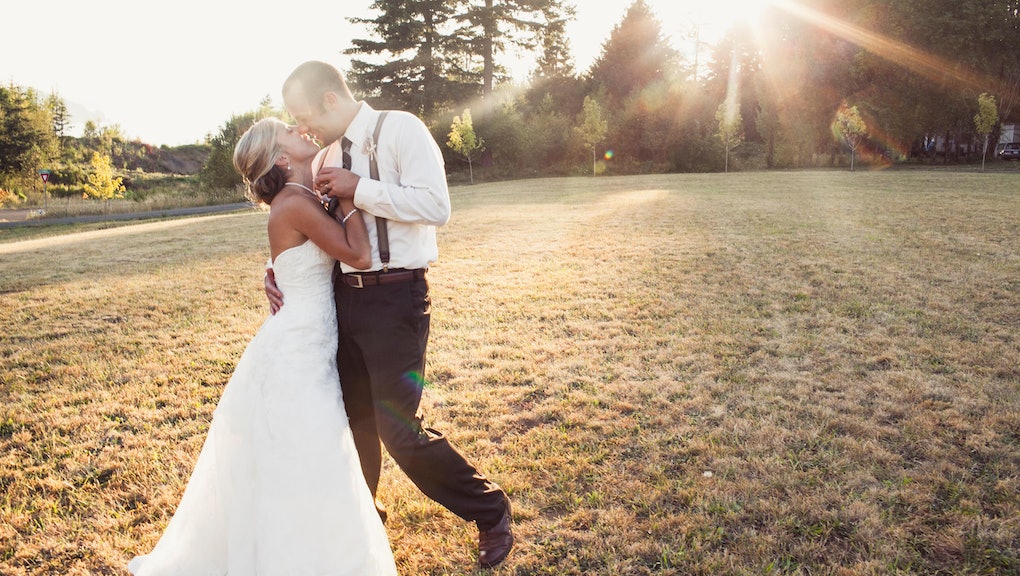 The news: If you believe in fairytale love and knights in shining armour whisking away their fairy princesses, think again. A new study finds that calling your partner your "soul mate" and viewing a relationship as part of destiny can actually be very damaging and lead to long-term unhappiness.

According to the theory, couples who consider each other "soul mates" believe they're in idealized relationships which can often, in reality, fall short of the fantasy. On the other hand, couples who feel like they're on a "journey" are much happier.

The science: Spearheaded by University of Toronto marketing professor Spike W.S. Lee, the study, called "Framing love: When it hurts to think we were made for each other," surveyed a sample pool of 73 people in Ann Arbor, Michigan, and the findings reveal notions corroborated by previous research.

"We find that thinking about conflicts with one's partner hurts more with the unity (vs. journey) frame in mind, whether the frames are activated within the relational context using linguistic expressions or in an unrelated context using physical cues," Lee writes in the abstract. "The frames only influence relationship evaluation after thinking about conflicts (but not celebrations) and require applicability to the target. These patterns support the logic of metaphorical framing as distinct from metaphorical transfer."

Co-founder of the website Science of Relationships, Benjamin Le said that past research indicates people view their romantic relationships as either part of "destiny" or "growth."

"The idea [with Lee's study] is that if we are soul mates, then nothing will go wrong in our relationship, and it will be easy. A conflict makes a destiny-believer question whether the current partner is actually their soul mate, and then they give up on working it out," Le told New York magazine.

People can put stock into both "journey" and "destiny" views of romance, but Le says that a "journey" viewpoint will produce more positive results because conflicts are an "opportunity for the couple to grow closer as they work it out together."

The takeaway: Your relationship isn't doomed if you think you are with your soul mate. Couples face conflict, disagreements and the hurdles that life naturally throws their way and seeing a relationship as a "journey" allows the couple to confront those issues and grow and learn from them together. Happiness is a key ingredient for the recipe of long lasting love, and thinking about a romantic relationship in a pragmatic way will further help a couple stay afloat.

The simplest solution is to adjust the framing of a romantic relationship. As Lee told New York Magazine, "It's just that the data suggest the 'journey' idea protects people from feeling dissatisfied with their relationship at conflicting times." So while it may not feel like the most romantic approach, it turns out that finding your "soul mate" isn't all it's cracked up to be. Go on a journey instead, and your love will last.