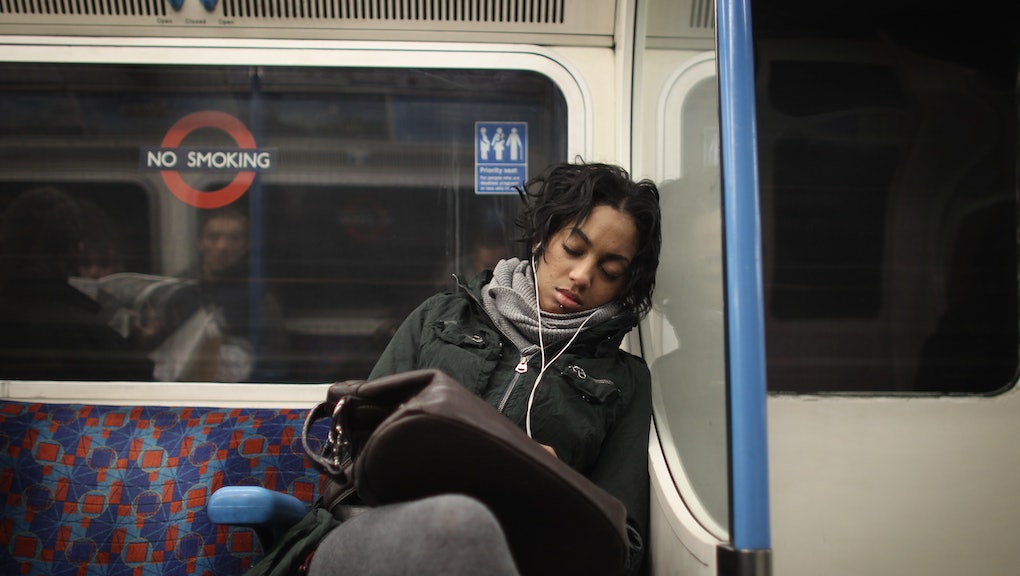 The news: Ever wondered why some people can get a whole lot less sleep than others and still function? Their secret isn't just coffee — it might also be their DNA.

Published in the journal Sleep, researchers largely from the University of Pennsylvania and the Philadelphia area claim that a genetic mutation may partly explain why a certain few can get by on six hours of sleep a night rather than the standard seven to nine.

The study: The team discovered the mutation while conducting a sleep study with 100 pairs of healthy, same-sex twins who were monitored while sleeping at home and were then subjected to a battery of cognitive tests during a 38-hour awake session.

The participants who performed relatively well despite the forced sleep deprivation — and who slept noticeably less — tended to have a mutation in the BHLHE41 gene, called p. Tyr362HIS. The researchers concluded that this and similar "mutations reduce total sleep while maintaining NREM sleep and provide resistance to the effects of sleep loss." What's more, the same group also recovered faster from the effects of the 38-hour sleep deprivation session.

"This work provides an important second gene variant associated with sleep deprivation and for the first time shows the role of BHLHE41 in resistance to sleep deprivation in humans," American Academy of Sleep Medicine President Dr. Timothy Morgenthaler told TechTimes.

Though the study doesn't prove that people who can sleep less have a genetic mutation, it does provide solid experimental evidence that the reason some people can sleep less is partly genetic.

What it means for you: Your optimal sleep schedule may be less a matter of personal preference and more a function of biological need. Sadly, you're also probably overestimating your ability to get by on insufficient sleep. Previous research has indicated that the number of people who are mostly unaffected by just five or six hours of sleep per night is as low as 5% of those making the claim — the rest are likely chronically sleep-deprived and don't realize it.

Experts have debated how much sleep is actually necessary for most people, but generally settle at around seven to eight hours a day. Leading sleep researcher Hans Van Dongen tells Vox that, "If you sleep much less than you need, we have good reason to believe that will impair your health."

Sleeping less is probably not in most peoples' genetic cards. But if it is, you've got mom and dad to thank.