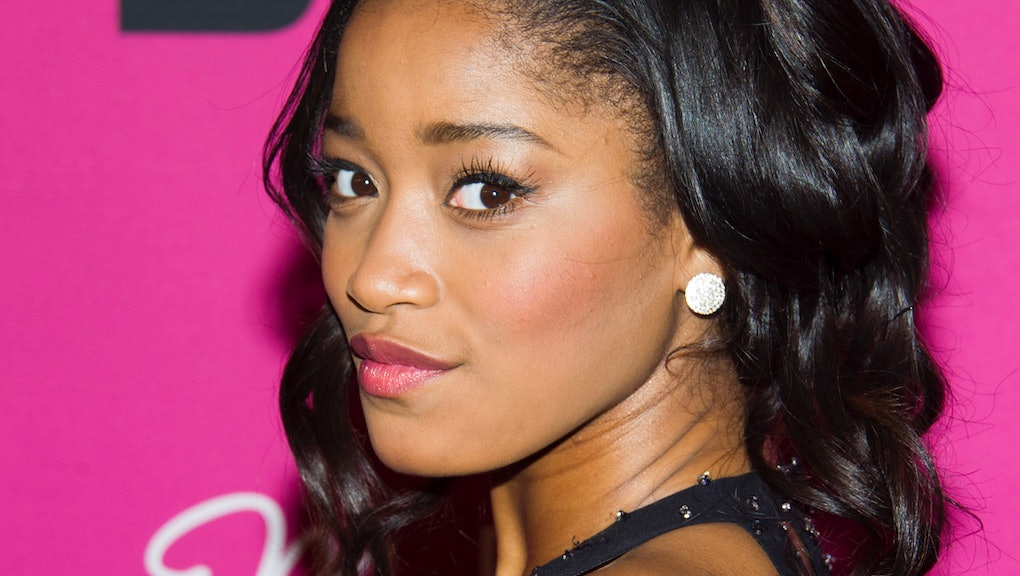 Announced Monday, for the first time ever a black actress will play Cinderella in the Rodgers and Hammerstein musical on Broadway. Taking over for Carly Rae Jepsen of "Call Me Maybe" fame is KeKe Palmer, who rose to prominence as True Jackson in True Jackson VP on Nickelodeon.

Earlier this year, another casting diversity triumph took place when Norm Lewis became the first black actor to play the Phantom in the Phantom of the Opera on Broadway. Lewis and Palmer are some of the only examples of traditionally white parts cast to non-white actors in the predominantly white theater-scape. The "Great White Way" indeed.

That said, colorblind casting is not always perceived to be a good thing. In the 1990s, the playwright August Wilson lambasted the idea as imperialist in an address at Princeton University. "To mount an all-black production of a Death of a Salesman or any other play conceived for white actors as an investigation of the human condition through the specifics of white culture is to deny us our own humanity, our own history, and the need to make our own investigation from the cultural ground on which we stand as black Americans," he said.

Indeed colorblind casting is sometimes accused of being tokenism. One famous example is Lillias White, who was cast in the 1995 Broadway revival of How To Succeed in Business Without Really Trying. Her casting changed the white, blond soprano of Mrs. Jones into a brassy gospel singer, which sounded fantastic but could be perceived as a moment of blatant stunt casting.

Sometimes however it works in a show's favor. Pearl Bailey played Hello Dolly in an all-black version of the famous musical on Broadway in 1968, and original Dolly Carol Channing lauded her performance at the Tony Awards that year.

Toni Braxton too, in her role as Belle in Beauty and the Beast, created new songs like "A Change In Me" that not only suited her voice, but also expanded the emotional journey of its central character by giving her more to say and explore.

While there is always the fear that out-of-the-box casting decisions come more from marketing than from a desire to change, Palmer's turn as Cinderella can only be a good thing. For a musical aimed at a younger audience, Palmer playing a lead role will provide a great example of a young, successful woman of color playing a Broadway principal. And Broadway certainly needs more of that.

Palmer will take over as Cinderella on Sept. 9.