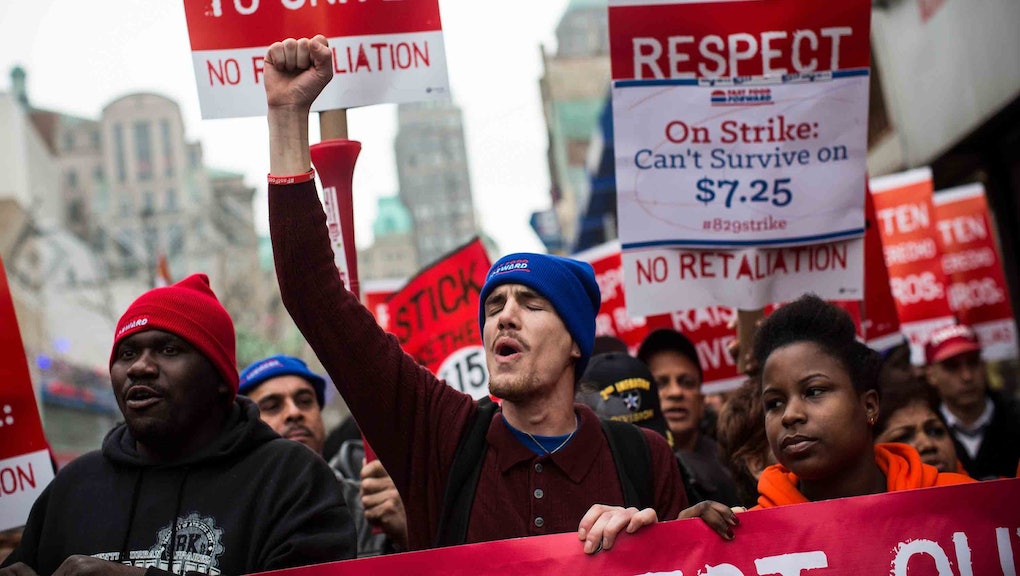 The news: In some pretty awesome and uplifting news, Kentucky State University's interim president Raymond Burse has given up more than $90,000 of his nearly $350,000 salary to help raise university workers' minimum wage to $10.25 an hour.

Burse told the Lexington Herald-Leader that "My whole thing is I don't need to work. This is not a hobby, but in terms of the people who do the hard work and heavy lifting, they are at the lower pay scale."

"This is not a publicity stunt," he said. "You don't give up $90,000 for publicity. I did this for the people. This is something I've been thinking about from the very beginning."

Employees making below $10.25 an hour will see the change take place effective immediately and the policy change will last beyond Burse's tenure, applying to all new staff. For every university employee making the current federal minimum wage of $7.25, they will receive a 41% raise in one fell swoop.

Demonstrating a bigger issue: Burse's move here is pretty great for his employees and speaks a lot to his character. But it also demonstrates why lawmakers need to pay attention to the minimum wage, too — if the university's workers were making enough to begin with, they wouldn't need an extraneous boost. And as low-wage workers know painfully well, not everyone can rely on the generosity of their boss to make ends meet.

According to the Institute for Policy Studies, Wall Street alone makes more money in bonuses than the combined income of all full-time minimum wage workers. Some states have a disproportionate amount of minimum-wage workers: Idaho and Tennesse's workforce is 7% minimum wage. It's not that companies can't afford to pay more, either — research by the National Employment Law Project indicates that most minimum wage staff are employed by large, lucrative companies, typically in food service, accommodations or retail. These workers can't exactly rely on benevolence.

Finally, while policymakers tend to focus on the relatively few number of employees who make the bare minimum, that extra three-dollar range includes many more workers. The Economic Policy Institute says that a federal minimum wage increase to $10.10 — President Obama's preferred level — would affect around 30 million workers and add tens of billions of dollars to GDP. While Burse can only effect change for a small number of his staff, federal action would help tens of millions of low-income workers support themselves. It would also benefit their families; around 28% of the affected employees have children.

A step in the right direction: This is really good news and Burse's staff is probably pretty happy about having a little more cash to spread around. Feel-good stories, though, only paint part of the picture and plenty of employers won't raise their wages until Congress makes them.