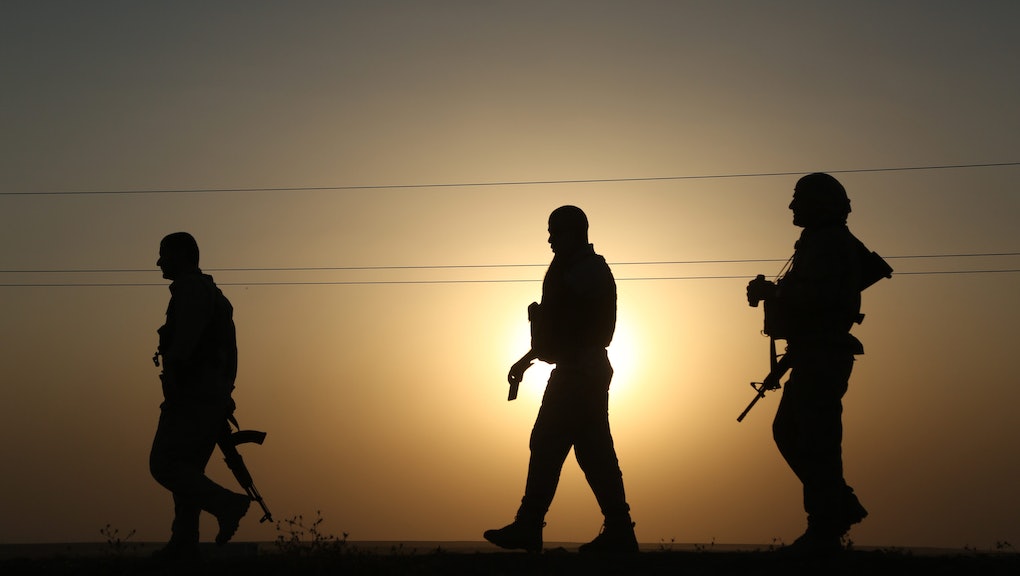 The news: In the past week, forces flying the flag of the Islamic State in Iraq and the Levant (ISIL) defeated Kurdish troops guarding the northern Iraqi city of Sinjar, forcing up to 200,000 people to flee. Even worse, Reuters reports that ISIL militants were involved in fighting in a border town in Lebanon, "a sign of its ambitions across the frontiers of the Middle East."

The United Nation's top envoy in Iraq, Nickolay Mladenov, says that the ISIL's rapid expansion through Iraq is rapidly becoming a "humanitarian tragedy" and that the UN has "grave concerns for the physical safety of these civilians."

Basic necessities including food, water and shelter are in short supply, while many of the civilians may have been forced to hide in the Jabal Sinjar mountains, an area that militants have surrounded. According to the BBC, many of the refugees belong to the Kurdish Yazidi religious minority; ISIL considers them heretics and has executed dozens. Others had found themselves in Sinjar after escaping ISIL atrocities elsewhere. All of them are in terrible situations, on the run from murderous gangs of ISIL militants and far from anyone in a position to help.

Adding insult to injury, ISIL fighters destroyed shrines and Shi'a mosques in the areas that fell to their rampage. Though ISIL has driven off the technical experts necessary to run them, it controls oil facilities potentially capable of generating up to $3 million a day.

FRANCE 24 underscores the severity of the situation, which is as bad as it's ever been:

ISIS has seized a large area straddling the Iraqi-Syrian border and in June declared the establishment of an Islamic state or "caliphate", with ISIS leader Abu Bakr al Baghdadi as its caliph. Baghdadi has demanded "obedience" from Muslims and ordered them to relocate to the areas under his control.

Why you should care, even if no one else does: Iraq is being eaten from the inside out and international media has mostly been ignoring ISIL's bloody path of destruction. While international attention has been more focused on the conflict in Gaza and West Africa's Ebola outbreak, the situation in Iraq escalated to its worst point yet.

However, while the world needs to recognize the grave humanitarian situation, understand that the American military should not get involved. Hawkish commentators argue that U.S. Special Forces or airstrikes are needed to stop atrocities in the Middle East, such as Syria and Iraq. It would be pretty short-sighted, though, to ignore the fact that American military belligerence helped create Iraq's disastrous power vacuum in the first place.

Sending weapons is also a poor option. The U.S.-backed al-Maliki government in Iraq ignored thorough warnings about the scale of the ISIL threat. Thanks to its incompetence, huge amounts of U.S. military equipment has fallen into ISIL hands. Middle East expert Charlie Cooper argues that even limited options like airstrikes would bolster ISIL propaganda and send a hypocritical signal about American intentions.

The situation is horrifying, but U.S. jets and bombs would probably make it worse. They may not even be necessary: ISIL is riddled with internal contradictions that may eventually prove it to be a paper tiger. Burning it will require concerted international effort, but Americans should resist the urge to try and shoot their way to peace.

That doesn't mean, however, that we can just sweep this problem under the rug and hope it will disappear. Even as other crises rage around the world, the ISIL are continuing their rampage throughout Iraq, and that's not something we can ignore.