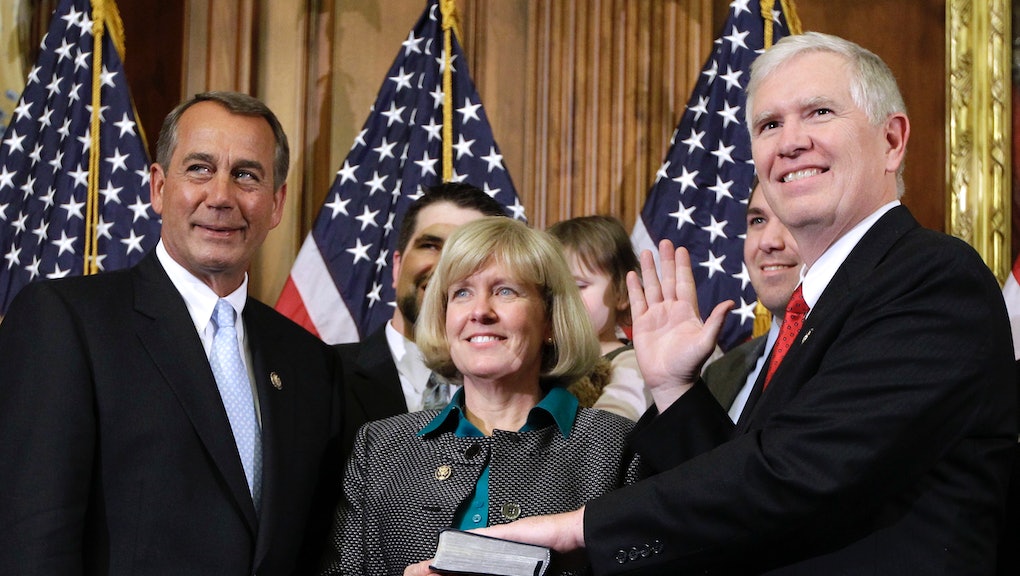 Finally, a politician with the courage to stand up for white people.

Rep. Mo Brooks (R-Ala.) took that "brave stand" against the "war on whites" during an interview on Laura Ingraham's conservative radio show Monday. In response to the question of whether Republicans need to do a better job of courting minority voters, Brooks brought the cringe.

"This is a part of the war on whites that's being launched by the Democratic Party," he said. "And the way in which they're launching this war is by claiming that whites hate everybody else." He added that President Obama started the "war on whites" during his 2008 election campaign.

Sorry, not sorry: You might expect that Brooks' ridiculous comments would follow the sadly well-worn cycle of outrage and apology. The responses certainly came:

But the apology did not. In a statement to AL.com, Brooks said that he believes "everyone should be treated equally as American citizens" but added, "I try to make sure people understand what the Democrats are doing by raising race as an issue every chance they get ... It's high time folks started calling out the Democrats for their racial appeals."

In case there was any doubt, he said, "I'm one of those who does not believe in racism." (For Brooks, racism operates like Bigfoot, if Bigfoot occasionally came to life and attacked white people.)

The party's future: Brooks, it seems, is courting the white vote pretty hard. It's a tried and true Republican strategy — well, it's a tried one anyway. Mitt Romney got 59% of the white vote in 2012, but it wasn't enough to take him to the White House.

Whites are making up a smaller and smaller percentage of the electorate — less than 75% of voters in 2012 were white, compared to 88% in 1980. It's a recipe for disaster if the GOP can't get its act together.

That was actually the subject of a 2012 post-mortem conducted by the College Republican National Committee that looked at how Republicans could better appeal to young voters. One reason for their image problems among youth and minority voters, the report found, was "outrageous statements made by errant Republican voices."

In the 2014 reissue, that whole section could be replaced by a full-page picture of Mo Brooks.