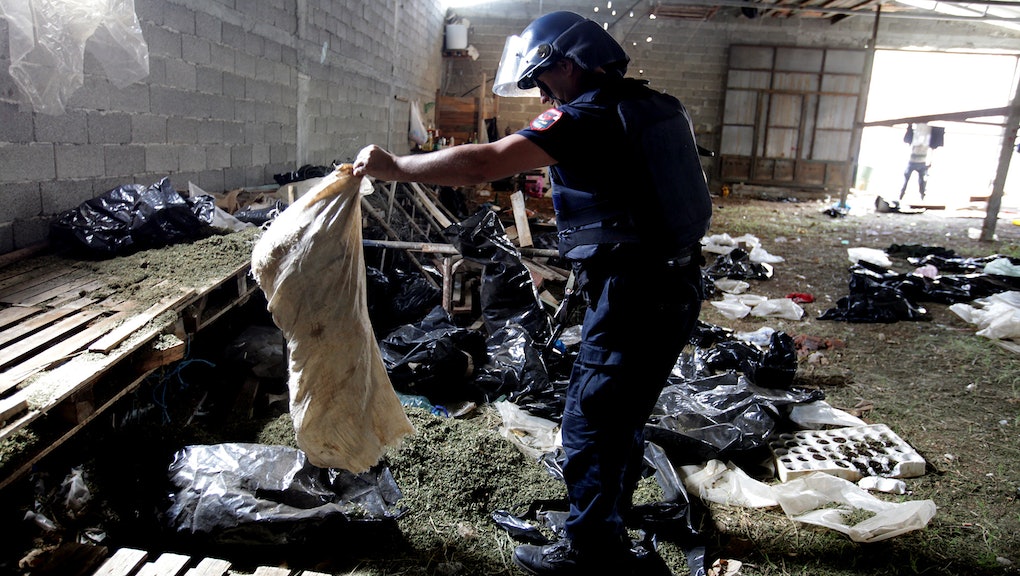 The news: Colorado's totally legal weed is having some serious problems with the law.

Despite strong regulations within Colorado state borders, neighboring law enforcement officials are struggling with the huge influx across state lines into Kansas, where the substance is still very much illegal. And because Kansas law officials continue to enforce their local drug laws, the rise in weed crossing the border is costing police resources and taxpayer money.

Of course, Kansas law enforcement is right to prosecute something that's illegal in their state, but as long as Colorado and Kansas share a border (which is forever) and one state has legal marijuana while the other doesn't, we're going to have a major problem. So what's the solution?

It's actually also the simplest: Kansas should legalize as well. If it's no longer a crime, Kansas border patrol can spend its time and resources focusing on more damaging crimes than a harmless influx of people with weed in their backpacks. Unfortunately, Kansas is nowhere near legalizing weed.

A long-term solution. The only way to mitigate this in the future entirely is for the federal government to legalize marijuana. Otherwise, this issue will emerge again and again as more states legalize weed next door to other states that are far slower to do so.

Colorado's marijuana legalization has fostered a drop in weed-related crime and the costs associated with them, as well as a bump in tax revenue, while its neighbor Kansas, which has not legalized to yield any of these benefits, is left holding the bill for enforcement.

The Obama administration has flip-flopped on the issue, hailing states as "laboratories of democracy" and allowing them to legalize without the federal government having to make any meaningful changes. But issues like the flow of weed from Colorado to Kansas require mediation from a federal authority, and then federal authority can't sit on its hands forever. None of this will be fixed until the United States legalizes marijuana at every level.